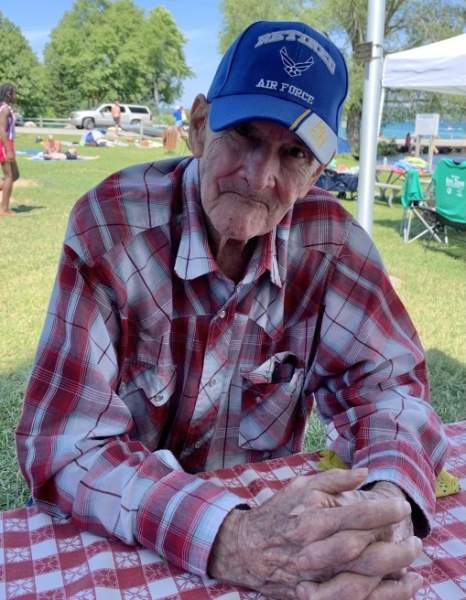 Ziba retired after 20 years of service in the United States Air Force.  He served during World War II, the Korean War and also the Vietnam War.  He worked for several years care taking Southern Cemetery.  In his spare time, he enjoyed reading cowboy westerns, playing card games, board games, dice, and puzzle books.

Funeral services will take place Friday, December 11, at 3 p.m. at the Central Lake Chapel of Mortensen Funeral Homes with Pastor Russell Tharp officiating.  The family will receive friends from 1 p.m. until the time of service.  Interment with military honors will follow in Southern Cemetery.  Memorial donations can be given to the family.

To order memorial trees or send flowers to the family in memory of Ziba "Uncle Pete" DeForest, please visit our flower store.