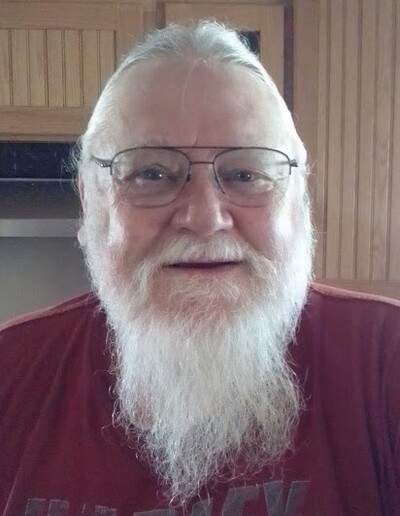 Bill was born in Flint, on January 31, 1954, the son of Glen and Marilyn (Ault) Loy. His family came to Eastport by stagecoach in the late 1800’s from Sweden.  Bill spent all his summers with his grandma on Torch Lake.  He left Grand Blanc his junior year of high school and worked for several area farmers in the Ellsworth area, graduating his senior year from Ellsworth high school in 1972.  Bill began his work career at General Motors, Grand Blanc, retiring after 30 years of dedicated service in 2004.

Bill enjoyed riding Harley Davidson road bikes and racing motorcycles.  He flat tracked, hill climbed and ice raced them. As he got older he began car racing at Auto City and Dixie Speedway.  Bill was a Food Master for the Boy Scouts and was a member of Partners Motorcycle Club.

He was a member of the Men’s Bible Study at the First Congregational Church in Central Lake.  He also played bass guitar for several years at Pleasant Valley Free Methodist Church and Keyrx and attended Keyrx meetings.  Most recently he played bass guitar at Torch Lake Assemblies of God.

On August 12, 1986, he married Cindy Bradford in Bellaire. Together they attended Flint Faith Tech International Bible College which led them to take many mission trips.  They also traveled to several areas of the United States on their road bike.

In 1998 they bought a condemned house in Central Lake that they worked on during the weekends.  Upon retirement in 2004 they moved in. Bill began attending Central Lake High School Football games and rarely missed a home game.  He was known as the TACKLE FOOTBALL guy and could be heard throughout the stadium cheering and supporting the Trojans.  In 2004 he also began playing Santa on Window Night and enjoyed spreading cheer to children for many years.

Surviving is his wife Cindy; sons, William (Sara) Loy Jr., and Jacob (Beth) Ballard; grandchildren, Elizabeth and Natalie Loy and Gabe Clark; brothers, Rick (Leslie) Loy and Dave Loy; mother, Marilyn Loy; many nieces and nephews, and his friends in the KMMFA bike club in Kalkaska which he renamed the Kalkaska Mid Michigan Fishing Association.  He was preceded in death by his father, Glen and sister, Linda L. Loy.

A Celebration of Life will be held Tuesday, August 24th at 2 p.m. at the Central Lake Chapel of Mortensen Funeral Homes with the family receiving friends from 1 p.m. until the time of service.  Pastor Dave Scott will officiate. Bill had a funeral in Flint and is buried in Sunset Hills Cemetery, Flushing.

In lieu of flowers memorial contributions may be made to the Cystic Fibrosis Foundation.  Due to family allergies the family requests no live flowers.

To order memorial trees or send flowers to the family in memory of William "Wild Bill" Loy, please visit our flower store.