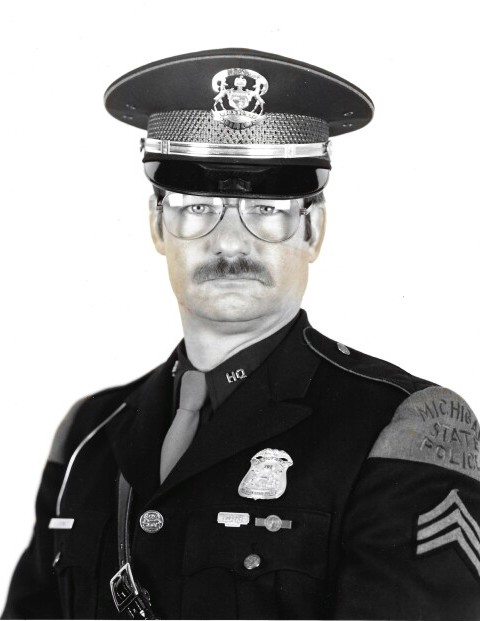 Bill was very proud of his career with the Michigan State Police serving from 1969-1994.  During that time, he was part of the MSP Pistol Team in addition to being a firearms instructor.  He retired to Central Lake where he was very active in the Lions Club and the Masonic Lodge.  He also was a driver for Antrim County Transportation and had been a golf ranger at Shanty Creek.  He was an avid golfer and also enjoyed bowling on the Lions Club team.  Most importantly, Bill Stenback was a kind and gentle man.

Funeral Services will take place Wednesday, December 29, at 11:00 a.m. at Church in the Hills, Bellaire with Pastor David Ramage officiating.  The family will receive friends Tuesday, December 28 from 5:00 to 7:00 p.m. at the Central Lake Chapel of Mortensen Funeral Homes.  Donations may be made to the Central Lake Lions Club or to the Church in the Hills.

To order memorial trees or send flowers to the family in memory of William "Bill" Stenback, please visit our flower store.