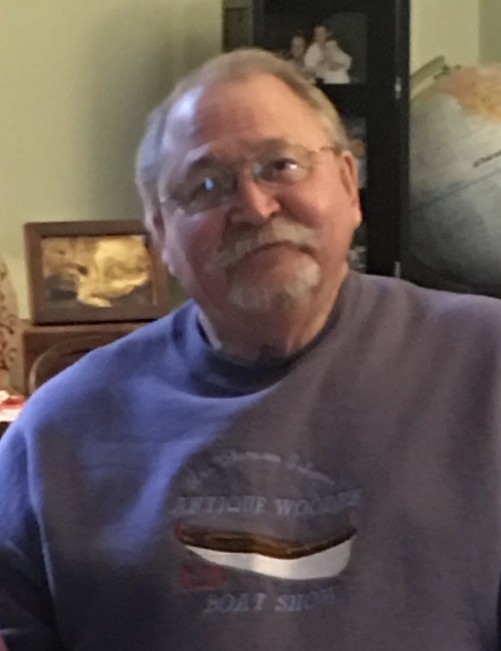 William (Bill) Gary McKay died unexpectedly Saturday, May 2nd at his home in Charlevoix, MI at the age of 75.

Bill was born on August 10th, 1944 in Hamtramck, MI and was the fourth of five children growing up in Birmingham, MI. As a teenager, he discovered his love for automobiles which expanded to include motorcycles. He remained passionate about these throughout his life. He served in the U.S. Army during the Vietnam Conflict, returning home to marry, start a family and attend college. He attended Walsh College and received a degree in Accounting.

In the mid-seventies, Bill chose to leave the stress and crime of the city and moved his family north to Charlevoix. Setting up a home car repair garage, he genuinely enjoyed the process of fixing and repairing anything mechanical always explaining how something worked, in great detail, to anyone within earshot. He was a bit of a prankster and always loved to tell stories. He was quick to laugh, fun to be around, and had way of making you feel good when you were with him.

Bill and his wife Marion loved to travel and saw most of the United States during their many motorcycle trips. When he wasn't traveling or working in the garage you could find him cheering the grand kids on from the sidelines in their various sports. He led a rich, full life, content serving those around him in ways that made their lives better and was never greedy. For him, being able to make a difference in someone else’s life was very important and made him happy if he could do it. That is who he was.

Though Bill is gone, he will truly live on in the hearts of the many people whose lives he touched.

He is survived by: his wife of thirty-nine years Marion, his stepson Keith Bales (Barb), his daughter Lynn Prepejchal (Jeff), his son Patrick McKay (Keiko), eleven grandchildren and four great-grandchildren who filled his life with love, his twin sisters Gloria and Gerri and his youngest sister Rene'.

Bill was preceded in death by his parents William and Anna McKay, his sister Danielle Lucking and his stepson Kelly Bales.

There will be no funeral. His family will be celebrating his life privately.

To order memorial trees or send flowers to the family in memory of William McKay, please visit our flower store.