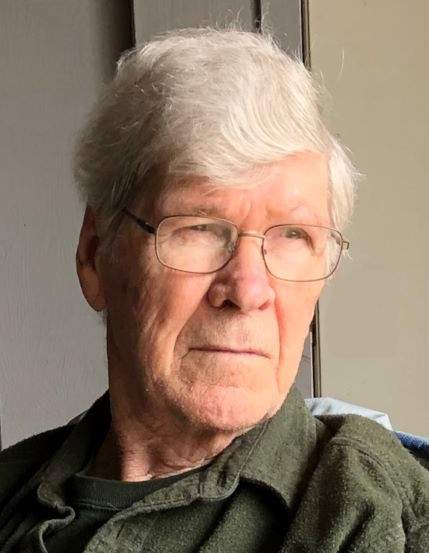 William (Bill) Rae Carey, 91, of Charlevoix, passed Thursday, December 9 with his bride and best friend of almost 48 years at his side. Bill was born a Charlevoix Rayder on February 8, 1930 to Leo and Marion (Emrey) Carey.

A 1947 graduate of Charlevoix High School, Bill was a standout on the Rayders’ vaunted football and basketball teams of the day. The 1947 football squad completed their third consecutive season without a defeat, outscoring their opponents 689-24 during the unmatched stretch. Bill’s 1947-48 basketball team followed an undefeated 1946-47 regular season with another unblemished campaign, advancing to the state tournament semifinals in East Lansing, before dropping a 34-36 contest.

Following high school, Bill matriculated at Michigan State College (now Michigan State University), where his athletic talents were again put to good use. A three-year letter winner in football (freshman were not eligible for varsity play at the time) and a one-year letterman in basketball, Bill saw most of his success on the gridiron. He spent time at quarterback and end for the Spartans, accumulating three scores during his career, and contributing to the success of the undefeated 1951 national championship squad, as named by the Helms Athletic Foundation. Bill’s college career concluded with a selection to the 1951 Blue-Gray Football Classic college all-star game in Montgomery, Alabama. A complete athlete, he led that year’s Classic in tackles from the outside linebacker position, having never played the position prior to the game. The San Francisco 49ers selected him with the 214th pick in the 1952 NFL Draft. A career in professional football was not to be, however, as he was already committed to the U.S. Army through its Reserve Officer Training Corps (ROTC) program. He served in Korea during the later stages of the Korean War and was honorably discharged with the rank of first lieutenant in 1955.

Bill was modest to a fault and he would not wish to share the above account of his early life. He would, however, wholeheartedly endorse what follows.

Bill married Judith Lynn Harris on January 12, 1974 in Charlevoix. Both Judy and their love and devotion to one another survive. Also surviving and celebrating him are his three children William (April) Carey, Jr. of Manilla, Philippines, Beth (Lee) Bost of Caledonia, MI and Keith (Heather) Carey of Charlevoix; grandchildren Katie (Greg), Liz (James), Josh, Margaret (Zubair), Camden, Hannie, Bherliann, Brixcent, and Taryn; great grandchildren Roland and Wesley; and many loved nieces and nephews. Bill was preceded in death by his daughter Margaret, his parents Leo and Marion, sister Marjory and brothers Charles, Keith, Donald, Thomas and Robert.

Bill was of a time when men didn’t share their feelings and warmth was believed to be weakness. He spent the first 60 years of his life embodying the gritty, straight-talking breadwinner his generation expected of its husbands and fathers. Bill loved his family fiercely, though expressing so was sometimes difficult until his latter decades when he took great care to ensure those close to him knew how much he loved them. Possessing an unmatched wit to his very last moment, Bill particularly delighted in teasing his grandchildren with deadpan claims, his only giveaway being the trademark twinkle in his eye. He celebrated the successes of his children and grandchildren and offered sincere advice and calming words when they experienced difficulties. Bill discovered his passion and his purpose not on an athletic surface or in an office, but later in life in his time with his family.

Bill Carey will be remembered as an imperfect man, fully aware and accepting of his flaws. An amazing, imperfect man missed more than these or any words can fully express.

The family will welcome friends Thursday, December 16 from 5 p.m. to 7 p.m. at the Winchester Chapel of Mortensen Funeral Homes in Charlevoix. The family also requests face coverings be worn in consideration of those with compromised health likely to be in attendance. In lieu of flowers, contributions in his memory may be made to the Charlevoix Public Library, 220 Clinton Street, Charlevoix MI 49720.  Please sign his online guestbook www.mortensenfuneralhomes.com.

To order memorial trees or send flowers to the family in memory of William Carey, please visit our flower store.