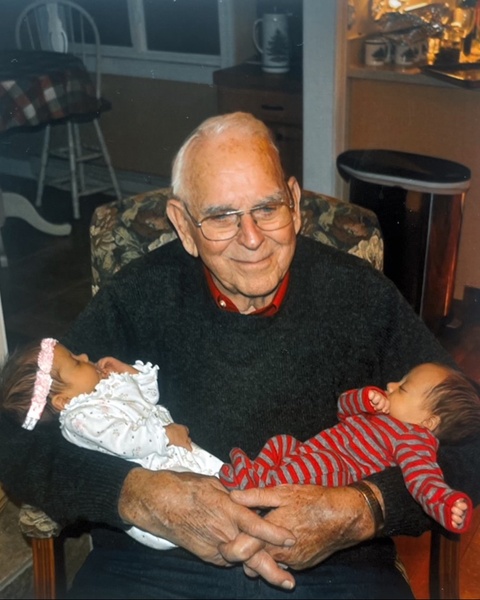 William Jackson “Bill” Stevens, 88, of Charlevoix passed away on Friday, September 30, 2022 at Boulder Park Terrace.  He was born on June 21, 1934 in Charlevoix, MI, the son of Charles and Geneva (Jackson) Stevens.

Bill graduated from Charlevoix High School, and shortly after he started his own Concrete Contracting Business, Stevens Concrete.  He moved to the Grand Rapids area for several years before returning home to Charlevoix in 1969.

He was a hard worker and a loving family man.  He also gave back to the community in many ways over the years; he was actively involved at the Barnard United Methodist Church, Barnard Grange, NMAF Club, Michigan State Grange and National Grange, Buckley Engine Club, Charlevoix Historical Society, Jordan Valley Fiddlers, OMFA Fiddlers Association of Michigan, helping with kid’s day at the flywheelers show, and the AURA Wall of Fame.

In lieu of flowers, memorial contributions may be made to the Barnard United Methodist Church, c/o Tim Matchett, 01362 Matchett Rd., Charlevoix, MI 49720, to purchase a new sound system or to the charity of your choice.

To order memorial trees or send flowers to the family in memory of William “Bill” Stevens, please visit our flower store.