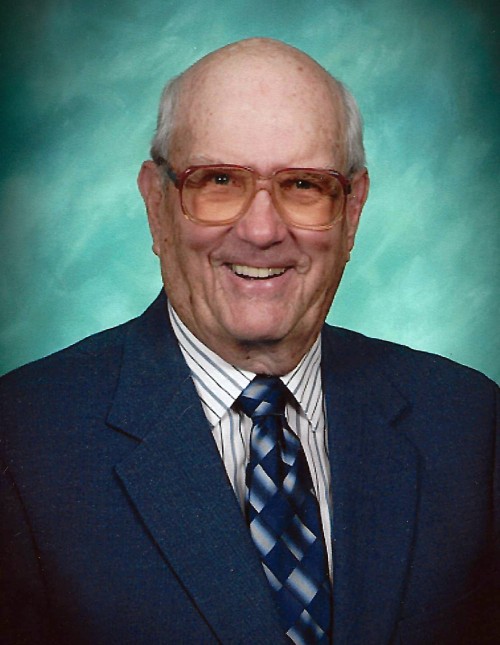 Bill was preceded in death by his sisters Marianna Gibler and Lucille Curry.

Following high school, Bill graduated from Albion College then served in the U.S. Army at the end of WWII. Following his service, Bill worked several years as an insurance adjuster in the greater Detroit area before moving the family to Traverse City in 1972 and eventually completing a career with the US Postal Service, retiring in 1988.

Bill and Elaine purchased a small cottage on their beloved Torch Lake in 1973. Bill spent many summers taking kids and grandkids boating, skiing, and sailing on the lake. Upon retirement, Bill and Elaine moved into their cottage and wintered in Alabama and Florida prior to settling into an independent living apartment in Grand Rapids. During their retired years, Bill and Elaine were members of Alden Methodist Church in Alden, Michigan.

Bill loved to work with his hands. He maintained a builder’s licenses for many years and used his skills to build a lakeside cottage in Pontiac, finish the family home in Farmington, renovate and winterize the cottage on Torch Lake, and overhaul an investment house in Traverse City. Bill taught his children to measure twice (sometimes more) and cut once. He also taught them the value of taking care of the things they were blessed to possess.

Arrangements have been handled by the Bellaire Chapel of Mortensen Funeral Homes.  Please sign his online guestbook at www.mortensenfuneralhomes.com.

To order memorial trees or send flowers to the family in memory of William Bell, please visit our flower store.
Send a Sympathy Card