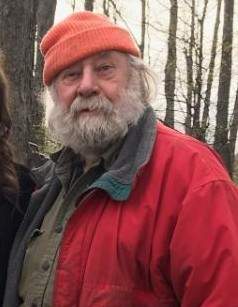 Vercil Delano Watkins, 76, of Mancelona, Michigan, passed away November 13, 2020 with his wife by his side.
Born June 30, 1944, and raised in Mancelona, Michigan, Vercil “Butch” Watkins had a happy childhood, with his 10 brothers and sisters.
He was an athlete and scholar during his high school years, graduating Valedictorian with honors from Mancelona High School in 1962, earning multiple scholarships.

Butch married Nancy Lou Floyd on June 20, 1964, and they moved to the Detroit area, where he studied at Henry Ford Trade School, because he wanted to work with his hands. He worked for General Motors, where he turned tin smithing into an art. He retired in 1991.

Butch had seven children with Nancy, and became a teacher to them all, every day. When his grandchildren (and great-grandchildren) came along, he gave his wisdom to them, too.  He had widely varying interests and talents. He enjoyed music, both listening, and playing old country, bluegrass, and folk music on his guitar.  An avid outdoorsman, he looked forward to the seasons. Hunting, fishing, foraging, gardening, and canning seasons all brought him joy. Working on mechanical things, restoring old vehicles, tractors, and other machinery was a hobby he enjoyed every day. He took pleasure in using his sawmill, and using that wood in his woodworking projects. Butch had a need to create. And no matter what it was, when he took up the challenge, he didn’t fail. He didn’t believe in the word ‘can’t’.   He believed in being self-sufficient, independent, and responsible. He was a compassionate man, always helping others in times of need.
Butch had a great sense of humor, having a joke on hand for any situation.  He loved babies and children, being with family, history, and talking about family history. His incredible memory made this a delight to us all. He was an extremely intelligent man, who chose every step of his life according to his own core values.
Butch was preceded in death by his father Leslie Watkins, mother Vada Howell Watkins, and his brothers Dale Watkins, Daniel Watkins, Donald Watkins, Leonard Watkins, Venard Watkins, and Charles Watkins, who have already welcomed him home.
He is survived by his wife, Nancy Lou Floyd Watkins, his children, Amanda Watkins Zimmermann, and her husband John, Charles Watkins and his wife Kathy, Vercil Watkins and his wife Pam, Venard Watkins and his wife Rita, Jennifer Watkins Puza and her husband Kevin, Lonnie Watkins, and Floyd Watkins, along with 11 grandchildren and four great-grandchildren, and his siblings, Virginia Miller and her husband Donald, Jerry Watkins and his wife Patricia, Sherry Windish and her husband Randy, Arlyn Harris, and sister-in-law Margaret Watkins, and many nieces and nephews.

In lieu of flowers, please make a charitable donation in honor of Butch Watkins to the Mike Rowe Works Foundation. Mikeroweworks.org/donate/

Private services are taking place with burial in Fairview Cemetery in Mancelona, Michigan.

Arrangements are in the care of the Mancelona Chapel of Mortensen Funeral Homes.  Please sign his online guestbook www.mortensenfuneralhomes.com

To order memorial trees or send flowers to the family in memory of Vercil Watkins, please visit our flower store.