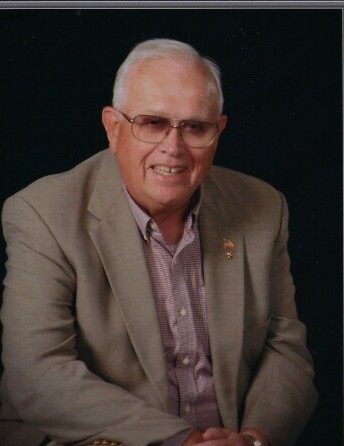 Thomas James Sommerfeldt, 86 of Elk Rapids accepted the call of the Lord Aug. 8, 2021 after bringing Tom into this world July 6, 1935 in Detroit, MI, the son of Melvin and Virginia (Gruenheck).  He graduated from Dearborn High School and received a Bachelor of Mechanical Engineering from the University of Detroit.

Tom was the owner of Sommerfeldt & Co., a technical sales group.  He spent most of his life in Dearborn, MI and vacationed on Torch Lake until moving there upon retirement in 1993.

Tom was deeply involved with his family and all of their activities.  He volunteered time to his university, church and community.  He was always available to help with almost any needy project.

Visitation will be Thursday, August 12th from 5 to 7 p.m. at Sacred Heart Roman Catholic Church in Elk Rapids, with a Vigil for the Deceased at 7 p.m.  Mass from the Order of Christian Funerals will be celebrated Friday, August 13th at 11 a.m., with Rev. Robert J. Zuchowski presiding.  Visitation will also be from 10 a.m. until the time of service.

Tom’s funeral mass will be livestreamed on the church website at sacredheartelkrapids.org.

Memorial donations can be made in his name to Elk Rapids Community Cupboard or Sacred Heart Church Maintenance Fund.

To order memorial trees or send flowers to the family in memory of Thomas Sommerfeldt, please visit our flower store.
Send a Sympathy Card