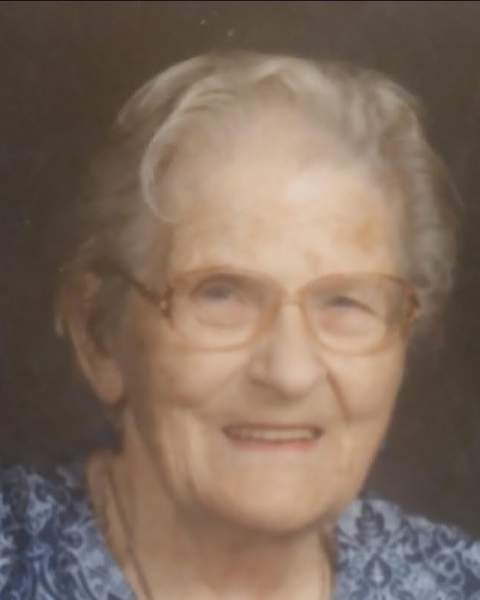 Thelma Marie Sibinic, 93 of Charlevoix passed away November 11, 2022 at Charlevoix Area Hospital. She was born April 27, 1929 in Charlevoix the daughter of Mark and Elsie (Ward) Saunders.

Thelma was a 1947 graduate of East Jordan High School and attended the Barnard United Methodist Church.  She retired from the United States Post Office after many years of dedicated service.  She enjoyed socializing and attending events at the senior citizens center in Charlevoix.  She also liked making handicrafts, especially knitting, crocheting, and embroidery.

In 1951 in Angola, IN she married Albert Sibinic who preceded her in death.  Also preceding her in death was her son Frederick Sibinic, her parents, and her sister Evelyn Sudman.

She is survived by her son Dr. Alan Sibinic of Charlevoix and Tucson, AZ, grandson Ian (Alia) Sibinic of Farmington Hills, and great grandchildren Sadie and Owen Sibinic.

Thelma will be interred in Brookside Cemetery next spring.  Memorial contributions can be given to the Barnard United Methodist Church or the Charlevoix Senior Center.

To order memorial trees or send flowers to the family in memory of Thelma Marie Sibinic, please visit our flower store.