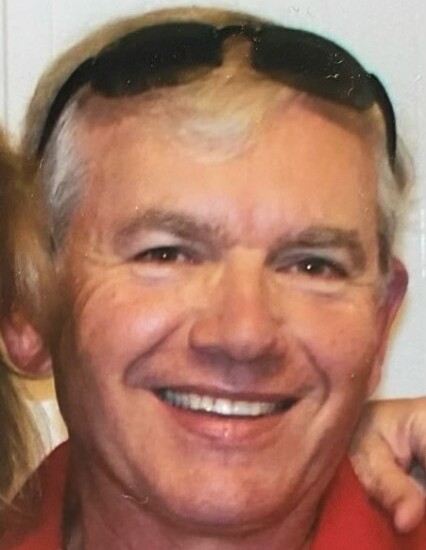 Terry Wayne Blissett passed away peacefully on Thursday June 10, 2021 at Munson Healthcare Charlevoix Hospital. Terry was born in Charlevoix, Michigan on July 4th, 1950. He was the son of William and Betty (Barkley) Blissett.

Terry started dating the love of his life, Arlene Supernaw, in high school, and they married on June 5, 1970 at St. Mary Church in Charlevoix. They just celebrated their 51st wedding anniversary.

Terry began his career at Freedman Artcraft (now Harbor Industries) in Charlevoix as a cost accountant and worked there for 10 years. Looking to improve his career opportunities, Terry accepted a job on the labor crew at Medusa Cement. He was soon promoted to management where he worked as the plant controller. He also served on the board of directors at Charlevoix Federal Credit Union and Wolverine Power Marketing Cooperative for many years. He retired in 2014 after 36 years of dedicated service.

Terry’s greatest passion in life was his family. This included his wife Arlene and three children Tricia (Tim) Petrosky, Travis Blissett, and Becky (Patrick) Mallon. He adored and was so proud of his six grandchildren Jacob, Lizzie, and Taylor Petrosky and Kendall, Ryan, and Avery Mallon. He is also survived by his sister, Kathryn (David) Plumm and nephew, Forrest (Renee) Plumm. He was very close to his in-laws, Mary (Don) O’Brien, Bill Supernaw, Linda (Dennis) Warner, and Julie Supernaw, and his nieces and nephews.  Terry loved his niece Jenny Monteith like a third daughter and she played a very significant role in his care.

Terry’s other passions in life were traveling and all sports. He participated in football, track, and basketball in high school and continued this passion throughout his life. He looked forward to yearly golf trips with his friends, wife, and family. Terry’s friends will vouch for how competitive he was as he continued to play travel and local softball and participated in many “after-hours” card games.

Terry was known for his kindness and generosity. He and Arlene hosted nearly every family event without hesitation and added on an additional room to their home to host more guests. He was always the last one to sit down at a family meal and the first one to offer assistance to family, friends, and coworkers. He had a great sense of humor, loved a good prank, and found joy in making others laugh.

Terry’s love was reciprocated in the great care provided near the end of his life. We thank the doctors and nurses at Munson Healthcare Charlevoix Hospital for the excellent care and compassion they showed Terry and our family over the past few days. We also thank the countless friends and family that visited and expressed love for Terry following a long illness.

In lieu of flowers, the family requests donations to the Terry Blissett Endowment for Student Success fund through the Charlevoix Community Foundation, P.O. Box 718, East Jordan, MI 49727.  Online donations can be made at www.c3f.org. Donations are also requested to Munson Healthcare Charlevoix Hospital at 14700 Lakeshore Drive, Charlevoix, MI 49720. Envelopes will also be available at the funeral services.

To order memorial trees or send flowers to the family in memory of Terry Blissett, please visit our flower store.