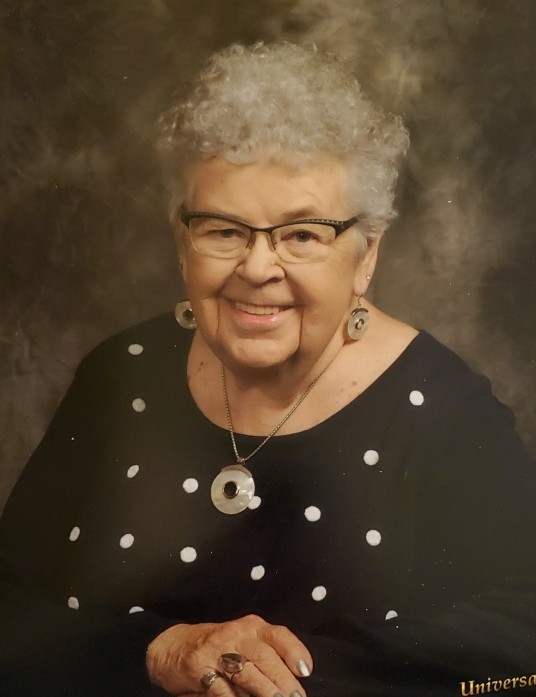 Sally J. Saunders, 91, of Charlevoix, passed away on November 6, 2021 at Munson Charlevoix Area Hospital.  Sally was born on March 9, 1930 in Boyne City, MI, the daughter of James and Flora (Davis) McNeal.

Following graduation from Boyne City High School, Sally went on to attend Davenport College.  She then worked as a secretary before she began farming chickens and cattle with her husband, Wayne.  After retiring from farming, she worked as a bank teller for Huntington Bank in both East Jordan and Charlevoix before fully retiring.

She was a member of the Charlevoix County Farm Bureau, the Ravishing Red Hatters of East Jordan as well as the Barnard United Methodist Church where she served as past President of the United Methodist Women.  While attending church, she started playing the organ at age 16 and did so until she turned 87.

Preceding her in death were a son Blain Saunders Sr., her husband Wayne Saunders and her parents.

Visitation will be on Friday, November 12, 2021 from 4-8 p.m. at the Winchester Chapel of Mortensen Funeral Homes.

Burial will be in Brookside Cemetery, Charlevoix.

Arrangements are being handled by the Winchester Chapel of Mortensen Funeral Homes.  Online guestbook www.mortensenfuneralhomes.com.

To order memorial trees or send flowers to the family in memory of Sally Saunders, please visit our flower store.