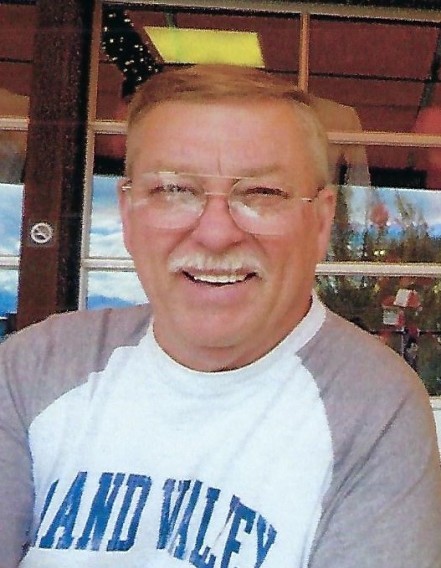 On Tuesday night, April 14, 2020 Russell (Rusty) Albert Barnes, age 70 passed away.  He was a loving husband, father of two sons (Casey and Kyle) and grandfather of 3 granddaughters.  His wife was at his side when he died after having a heart attack at home.

Rusty was born to Bryce and Caroline (VanSice) Barnes in Charlevoix, MI on July 27, 1949.  Rusty was born, raised and lived his 71 years in Eastport, never moving more than a half mile from where he grew up.

Rusty spent most of his youth at the Central Lake schools but graduated from Charlevoix High School in 1967.  Most of his adult years were spent working in the excavating field.  Rusty served in the Army Reserves for 6 years.  On February 22, 1975 he married Sandra (Northup) Barnes and they have been married for 45 years.  When he retired in 2014 he started up a small firewood business which kept getting bigger and bigger each year.  It kept him busy and fit year round for the past 6 years.

Rusty has always loved things that go fast.  In his youth he raced snowmobiles.  Later in life he raced modified race cars in Elmira.  However, in his more senior years he loved his Corvettes.  With the cars came a local car club, in which came some of his best friends.  In recent years he enjoyed taking his 1965 Corvette to car shows where he was usually awarded a trophy.  His cars were his passion and he was meticulous at keeping them perfect inside and out.  Rusty was one of the hardest working people around and he could build or fix just about anything.  He taught his son’s the skills to do just about anything they put their minds to.

His three granddaughters were the joy in his life.  Being technologically challenged, he did learn to Facetime and called one of his sons or granddaughters every night.

Rusty is survived by his wife Sandy, his oldest son Casey (Fort Collins, CO) and his other son, Kyle (West Olive, MI) as well as Casey’s wife, Jennifer and Kyle’s wife, Danielle.  His granddaughters Kendall, Cara, and Quinn will dearly miss him.  Surviving is his brother Shellie (Cindy) of East Jordan and his sister Mary Lynn (Carl) Haffenraffer of Key West West, FL, brother in law John Northup of Charlevoix, sister and brother in law Sue (Joe) Farrell of Johns Creek, GA.  Also surviving are many cousins, a niece and 2 nephews.  He is preceded in death by his parents, grandparents, and a nephew.

He will be buried at the Lakeview Cemetery next to his parents in Eastport.  In lieu of flowers memorial donations may be sent to The Magic Yarn Project, PO BOX 34, Eastport, MI 49627 or the charity of your choice.

To order memorial trees or send flowers to the family in memory of Russell "Rusty" Barnes, please visit our flower store.