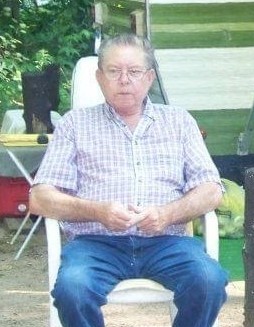 Russell Lee Peters, 82, of Mancelona passed away on Wednesday February 17, 2021 at Munson Medical Center in Traverse City with his loving wife at his side.  He was born on October 27, 1938 in Allegan, MI, the son of Marion “Buck” and Mary Ann (Green) Peters.

Russell married Pearl Kerr on April 8, 1961 at the Mancelona United Methodist Church.  They lived in Kalamazoo for several years after that, and Russell worked at Kings Paper Mill.  In 1970, they moved their family to Mancelona permanently.  Russell worked at DURA for 30+ years before retiring.  He and Pearl were in a bowling league together for nearly 30 years as well.  He enjoyed anything that was done outdoors – hunting, fishing, golfing, camping, you name it.  He also like to watch sports and cooking shows.

He was preceded in death by his parents; his sister, Pauline Boney; and an infant brother, Rex Peters.

In lieu of flowers, memorial donations may be made to the American Cancer Society.

To order memorial trees or send flowers to the family in memory of Russell Peters, please visit our flower store.