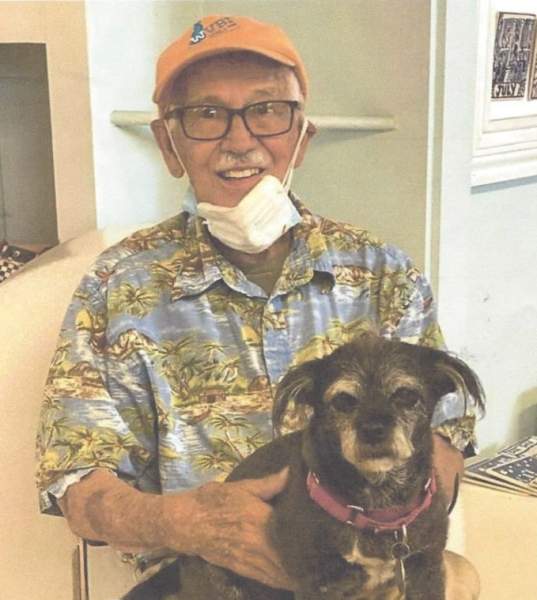 Russ graduated from John Marshall High School in Cleveland, and went to attend the Cleveland Institute of Art.  His schooling was interrupted when he was drafted into the United States Marine Corps during the Korean Conflict.  Upon returning to the institute, he met Susan Collier, his partner in love and art, the two wed on November 25, 1954, in Cleveland.

Russ worked as an auto designer for GM at the Tech Center in Warren for 25 years, where safety was one of his crusades. He and Sue moved their family to Charlevoix in 1974 and opened Bolt Designs which remains in business to this day.  Russ was an extremely gifted artist and designer, doing free-lance advertising, as well as specializing in watercolor painting, and ceramics.  He enjoyed sharing his love for art by teaching classes in watercolor. His work was represented in many one man shows Nationally and internationally. Russ was an active member of the Marine Corps League and organized many events for Toys for Tots throughout the years.  He enjoyed spending time at his son’s farm in Atwood, and he loved his grandchildren more than anything else.

He was preceded in death by his parents, and two brothers, Don Bolt and Kenny Bolt.

A celebration of Russ’ life will be held this summer.  Details will be added to his obituary on the Mortensen Funeral Homes website once they are available.

In lieu of flowers, memorial donations may be made by checks made payable to Charlevoix Community Foundation, with “Russ Bolt” on the memo line. This will support the Arts and Culture Fund.  Mail To: C3F-Arts and Culture Fund P.O. Box 718, East Jordan, MI 49727