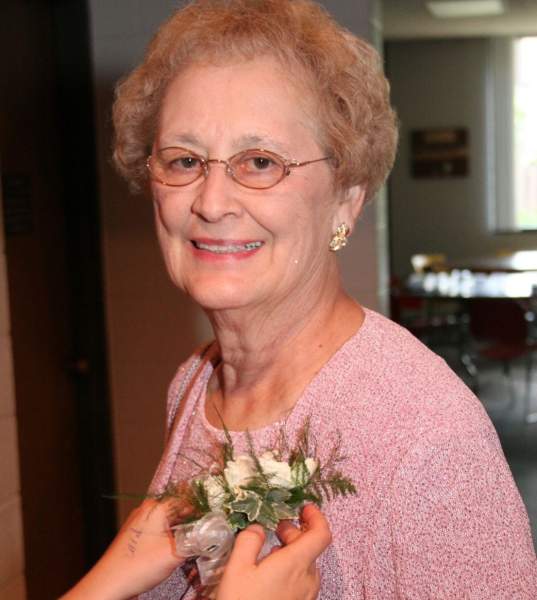 Rosemary was born February 18, 1931 to Austrian immigrants Frank and Mary Fuik Wilfinger, who grew up 10 miles apart in Austria and met and married in Detroit. Rosemary attended Catholic school and studied in the convent for two years in high school.

Rosemary met and married Francis “Bud” Lane through her sister Pauline (George) Bolton at St. Luke’s Catholic church in Bellaire. Together they raised five children. As the children entered junior high, Rosemary renewed her LPN license and started working for Dr. Glenny in Bellaire. She made many lasting friendships in her position there.

After the death of Francis Bud Lane in 1986, Rosemary followed through with a trip to California that they had already planned. On the train home she met Joe Prochaska, stayed in touch, and married him four years later when she moved to Omaha to his hometown. She gained three stepchildren and their spouses and families in the union. Rosemary loved hummingbirds, spending time with family, sewing and crocheting, and the water, which she missed while living in Omaha.

Rosemary died of Covid in the hospital on October 24, 2020 after transport there from her home at  Esprit Memory Care Unit in Omaha. Her husband Joe preceded her in death at the facility two months prior. Rosemary was predeceased by Bud Lane and her younger sister Dorothy Wilfinger of San Diego.

A memorial service will be held at St Luke’s Catholic Church on Monday, May 30, 2022. Family and friends are welcome to gather for visitation at 9:00 am with the service to follow at 10:00 am.

To order memorial trees or send flowers to the family in memory of Rosemary Lane Prochaska, please visit our flower store.