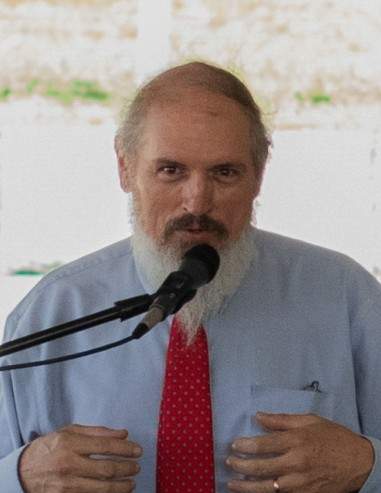 Ronald R. Marcoux, age 61, suddenly and unexpectedly died of a heart attack on October 25, 2020 in his home in Central Lake Michigan. He was a jack of all trades, able to do anything he set his mind to. He was particularly focused on his faith, which included teaching Bible studies and discussing theology with anyone. He enjoyed using his skills in sound, lighting, and music to serve his God and help others. Ron is survived by his wife of 28 years, Joanne Marcoux (nee Rubingh); their five children, Megan Marcoux (Lincoln, CA), Joshua Marcoux (Central Lake, MI), Holly (Luke) Barnard (Grand Rapids, MI), Caleb Marcoux (Lincoln, NE), and Matthew Marcoux (Central Lake, MI); his sisters and their families; his mother, Pauline Marcoux (Sebring, FL); and many in-laws, nieces, and nephews.

He is preceded in death by his father, Richard Marcoux and his father-in-law, Martin Rubingh.

A visitation will be held on Wednesday, October 28, 6:00 to 8:00 pm at Ellsworth Christian Reformed Church. The funeral service will be at Ellsworth CRC on Thursday, October 29 at 11:00 am, officiated by Pastor Steve Datema. The interment will be private at the Ellsworth Cemetery, Banks Township. A light lunch will be served following the funeral at Chain O’ Lakes Orthodox Presbyterian Church in Central Lake.

Arrangements have been handled by the Ellsworth Chapel of Mortensen Funeral Homes.  Please sign his online guestbook www.mortensenfuneralhomes.com.

To order memorial trees or send flowers to the family in memory of Ronald Marcoux, please visit our flower store.