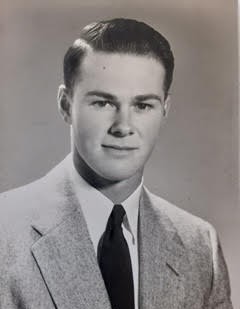 Robert “Bob” Garner Mathews left this world on January 1, 2021 in Sebring Florida.  Bob was born in White Lake and moved to Charlevoix at a very early age.  His family lived in a house on Ferry Ave and he went to school and married in Charlevoix and in the early 1970s left Michigan for the south due to his health.

He always considered Charlevoix home and returned whenever he could.

Bob is preceded in death by his brothers Winston “Dale” Mathews and Vernon “Babe” Leroy Mathews Jr. both of Charlevoix.  He is survived by his children Robert Lester Mathews of Sebring FL and Shelly Grace Mathews of Sugar Land TX, his sisters Joan Blanchard of Charlevoix and Thelma Augustine of Sallisaw Oklahoma, his sister-in-law Andrea Mathews of North Carolina and several nieces and nephews.

Services will be held graveside in Brookside Cemetery at undecided date.  We loved him very dearly and will miss him every day.

Arrangements have been handled by the Charlevoix Chapel of Mortensen Funeral Homes.

To order memorial trees or send flowers to the family in memory of Robert "Bob" Mathews, please visit our flower store.
Send a Sympathy Card