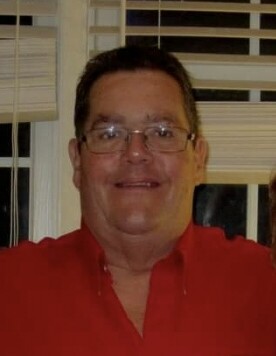 Robert J. " Bob" Rowe Jr, 65 of Charlevoix, passed away December 12, 2020 at Munson Medical Center in Traverse City.   He was born February 22, 1955 in Toledo, OH the son of Robert J. Rowe Sr. and Marjory Retherford.  He graduated from Ottawa Hills and went on to study Art at University of Toledo. "Bobby" spent the summers of his youth with his family and many dear friends at the Belvedere Club in Charlevoix, MI.

He often had a blast with his buddies racing sports cars, golfing, and boating. Another passion of his was listening to the "good stuff" Rock n Roll. He loved the sun and traveling to warm places; especially, the time spent in South Florida with his sisters Jane Stewart Rowe and Shelly Rowe-Cole and their family.

Bob met his wife Terry in Charlevoix. They spent 37 years of marriage together living in Florida, Michigan, and Ohio. They had many fond memories with their son, Henry (Emily) Kulhawick and 2 daughters Jennifer (Gregory) Bender and Michelle  Rowe and 8 grandchildren Ella Grace, Joseph,  and Benjamin Kulhawick, Vincent, Michael and Steven Bender, and Stella and Savanna Foschi.  .

He was a school bus driver for 22 years. He had a way of making each kid's day better when they entered his bus. Bob was also a Captain on the Ironton Ferry. He was a part of the City of Charlevoix Public Saftey Department. Later in his career he taught Drivers Education with Courtesy Driving School in Charlevoix and again with Dublin Driving School in Dublin, OH.

You could always find Bob cheering someone on.  On Saturdays, he was often fully dressed in U of M colors and on Sunday afternoons he was a loyal Green Bay Packer fan. He also loved watching the Red Wings and Nascar. He especially enjoyed driving the Rayder Bus to sporting events and cheering on the hometown Rayders that were once on his Kindergarten route. In his later years, he really loved watching his grandsons play hockey, teaching his granddaughters to swim, and watching all of the grandchildren in musical performances.

Bob served as a deacon at First Congregational Church in Charlevoix for many years. He volunteered as a basketball coach.
When you think of Robert you will remember that he always had a smile, a joke and an ear to listen for anyone that he knew. He had a huge heart and was special to so many. Now from heaven, he is cheering for you to play hard, drive safe, and be kind to all you meet.

In lieu of flowers memorial donations can be made to the Charlevoix Public Schools Sports Boosters, 5200 Marion Center Rd, Charlevoix, MI 49720 or the American Cancer Society https://donate3.cancer.org.

To order memorial trees or send flowers to the family in memory of Robert Rowe, please visit our flower store.