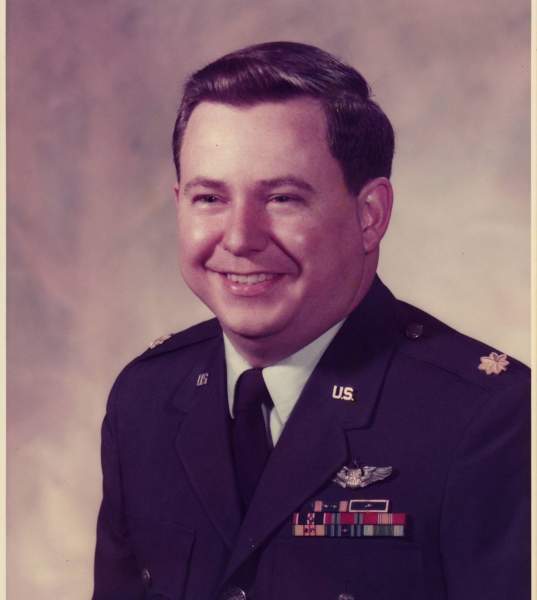 Bob Rajewski age, 85 passed away on Wednesday, February 2, 2022, at his residence in Charlevoix Michigan. Bob was born in Bay City, MI, February 8th 1936 to Nicholas J and Wilma C (Mooren) Rajewski. Bob graduated from St. John High School in Essexville in 1954 (Salutatorian). He attended Michigan State University and graduated with a BS degree in Packaging Technology in June 1958. Upon graduation he was commissioned 2nd Lieutenant in the United States Air Force, and served until 1985, retired as a Lt. Colonel. During his service with the Air Force he was a radar navigator in a B-52 and well as an instructor and an evaluator. Bob amassed over 5,000 flying hours in the B-52 and over 500 hours of combat time in Vietnam. He was heavily involved in training as Chief of the Operations Division and Commander of Detachment 6 of the 1st Combat Evaluation Group. After his retirement from the Air Force, Bob served as a Branch Manager for the Standard Federal Bank in Charlevoix as well as a Zoning Administrator for Charlevoix Township.

On April 12, 1958 Bob married Nancy Ellen Hugan. They had 5 sons, Robert II, John, Paul, Richard, and Patrick, as well as one daughter Annette, who died at birth.

Bob took pleasure in serving others. He was a Scoutmaster in California, Drive Chairman for the United Way in Charlevoix MI. He was a Lay Eucharistic Minister, Lector, and a finance counselor for his church. He served on the Bishops Pastoral Council for Bishop Cooney, Gaylord Diocese, and Commander of the VFW Post in Charlevoix. He served as a member of the Charlevoix Kiwanis as Distinguished President, Lt Governor for two terms, and was a longtime secretary for the club. He was a member of the Elks Club and the Knights of Columbus. He was on the Charlevoix Hospital Finance Authority and served as Zoning Administrator for thirty years.

Arrangements are in the care of the Charlevoix Chapel of Mortensen Funeral Homes.  Please sign his online guestbook www.mortensenfuneralhomes.com

To order memorial trees or send flowers to the family in memory of Robert "Bob" James Rajewski, please visit our flower store.