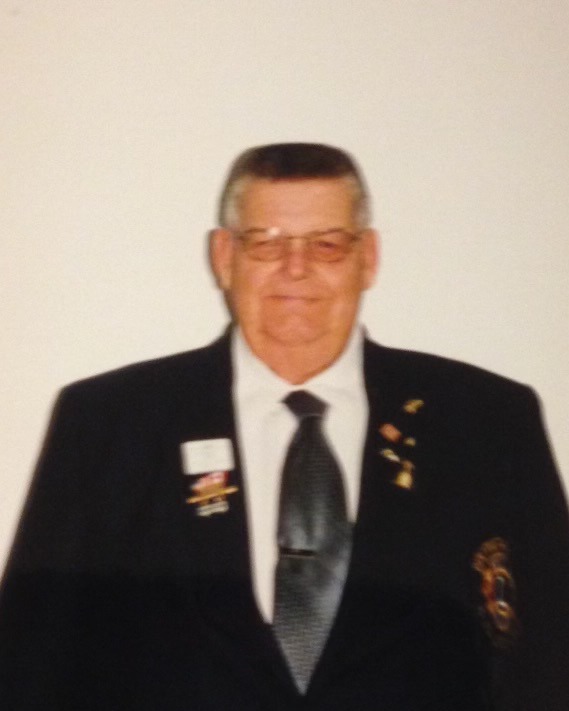 Bob was a hardworking employee for Antrim County and the Village of Elk Rapids as Supervisor.  He was a dedicated volunteer and passionate about the Lions Club where he worked with the school for the blind.  He also sold tickets for Arnold Amusements and looked forward to seeing how many he could sell.  He was the District Governor from 2002-2003 among many other job titles that he held.  In his spare time he enjoyed coin collecting, putting puzzles together and watching the Detroit Tigers.  Bob and his wife Nancy brought a smile to many children’s faces over the years as Mr. and Mrs. Clause in Elk Rapids.

On March 7, 1953 in Atwood he married Nancy Ellen Wolgamott who preceded him in death in 2012.  Also preceding him in death were his parents Albert and Wilma Loper, Edith and Herman Bell, his brother and sister in law John and Shirley Wolgamott, brother in law Verl Wolgamott, grandson Wade Bargy, son in law Doug Gayford, and several nieces, nephews, and cousins.

Funeral services will be held Tuesday, November 8th at 1:30 p.m. at the Central Lake Chapel of Mortensen Funeral Homes with Rev. Howard Harvey officiating.  The family will receive friends from 12:30 until the time of service.  Interment will follow in Southern Cemetery, Central Lake.  A luncheon will be provided at the Kewadin United Methodist Church.  Memorial donations can be given to the Kewadin United Methodist Church, PO BOX 277, Kewadin, MI 49648, to buy a bench with Bob’s name on it.

To order memorial trees or send flowers to the family in memory of Robert Lewis Loper, please visit our flower store.