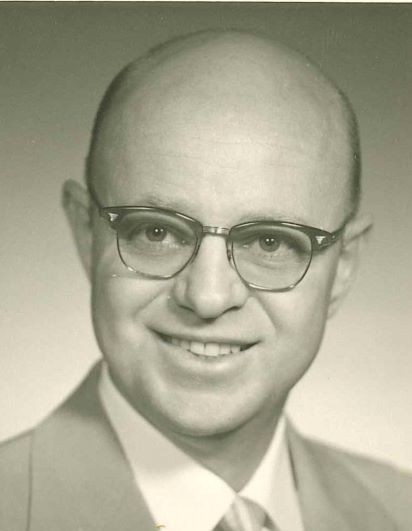 Robert was a proud WWII veteran of the United States Navy.  He served as the Superintendent and Principal at Traverse City Public Schools for 25 years.  He also coached basketball at Northwestern Michigan College and was a member of the Masonic Lodge in Traverse City.  He enjoyed fishing and watching baseball as well.  In 1981, he and his wife retired to their home on Intermediate Lake in Central Lake.

Robert is survived by his son, Michael (June) Johnston of Mt. Pleasant; his granddaughter, June Galbraith; and two grandsons, Jackson and Nicholas.

He was preceded in death by his loving wife, Virginia Johnston; his parents, Thomas and Cecil Johnston; and two sons, baby Johnston and Joe Jefferson Johnston.

Graveside services will be held at 11:00 a.m. on Saturday, November 27 ,2021 at Southern Cemetery in Central Lake.

To order memorial trees or send flowers to the family in memory of Robert Johnston, please visit our flower store.
Send a Sympathy Card