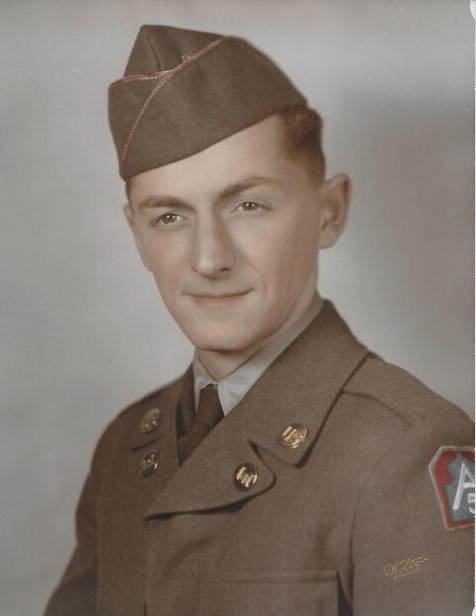 He was a kind and gentle man who loved his family.   He enjoyed working on projects in his garage and work shop.   Bob could fix anything and if he didn’t know how to, he would figure it out.  Bob was his kid’s “go to guy”, if anything went wrong their first thought was “call dad”.  He spent as much time as possible outside, where he was happiest.  In his last couple years, he would sit outside with his cat, Lily, and later with Greta.   They would watch and take care of the birds and in the winter the wild turkeys.  He was self employed doing cottage maintenance and repair projects.  Bob served in the Army Corps of Engineers in Korea from October 1950 to July 1952.

Bob was preceded in death by his parents, his in laws Stan and Ann Patterson, brother-in-law Ray Patterson and his special friend kitty Lily.

The family would like to thank Munson Hospice, they were wonderful.  We only had them a few days but it was when we needed them the most.   Especially nurse Diana, Sarah, Donna, Connie and Mark.

Arrangements are being handled by the Mancelona Chapel of Mortensen Funeral Homes.   Online guestbook www.mortensenfuneralhomes.com.

To order memorial trees or send flowers to the family in memory of Robert Howard, please visit our flower store.