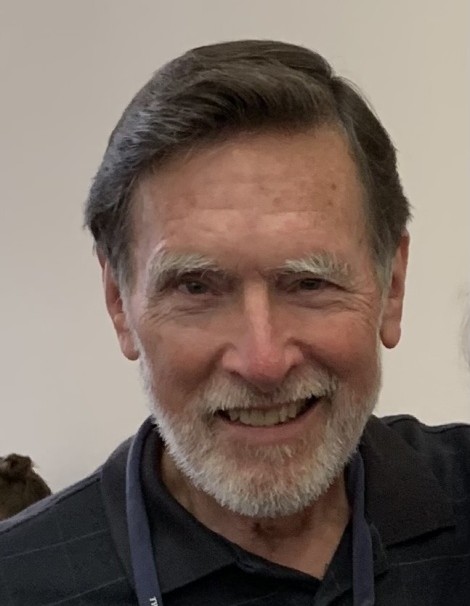 Richard (Dick) Thomas Williams, 76, of Central Lake died Friday, May 14, 2021 at Munson Medical Center in Traverse City.  He was born September 30, 1944 in Detroit, the son of Edward Jr. and Margaret (Moore) Williams.

In high school, Dick was involved in sports, but his life took a new course in his junior year, when a teacher suggested he try out for the school play. His love for theater began with his first role as the cab driver in “Harvey”, and continued with participation in every production until he graduated. This carried on into college at Michigan State University where he graduated with a Master’s Degree in speech.  At MSU, he met Kathleen Bird, and he married the other love of his life on March 18, 1967 in Clarkston, MI.

As a teacher in the Waterford School District for 25 years, Dick directed the high school plays, taught theater, math, English, and a few other specialty courses. He then became a school administrator and principal, where he excelled as a leader and a mentor for 11 years. While working in education, Dick was involved with acting at the Clarkston Village Players, Will-O-Way, among other community theaters. In the summers, Dick and his brother-in-law founded and ran Torch Theater for 18 years. He retired from the Waterford Public School District and moved to Central Lake in 2005, where he continued his love of education at the Central Lake District Library, working at the Torch Lake Township offices and chairing UTLA.  In his spare time, Dick enjoyed captaining his pontoon boat, gardening, cooking, reading, and yelling at MSU and Detroit sports teams.  He also loved spending time with his grandchildren discussing books and coming up with extreme treasure hunts that will never be forgotten.  Dick played an instrumental role in the community, inspiring many with his public speaking, personal quirky poems, and a great sense of humor.  He has touched many hearts and will be dearly missed.

A gathering of Family and Friends will be held Saturday, May 22 from 11am to 1pm at the Central Lake Chapel of Mortensen Funeral Homes. Interment will be in Lakeview Cemetery, Torch Lake Twp.

To order memorial trees or send flowers to the family in memory of Richard "Dick" Williams, please visit our flower store.