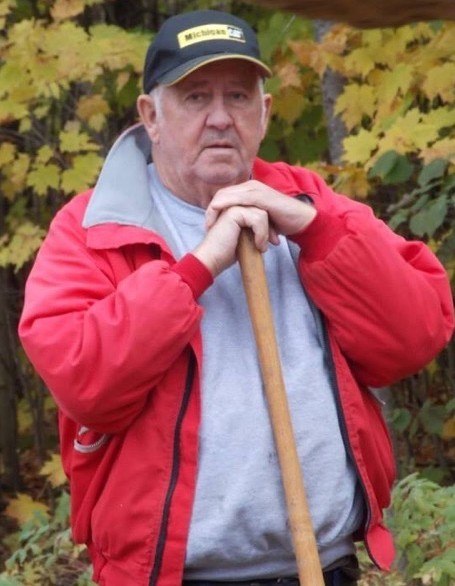 Dick was a wonderful husband, fearless father and influential community member.   He was an avid outdoorsman, especially fishing, hunting, mushrooming, boating, snowmobiling, cutting and splitting wood, and  camping to name a few.  He also enjoyed spending time at his  cabin in Canada and could always be found in his beloved “gravel pit” aka his “happy place” in Kewadin.

Dick owned and operated W & R Powell Construction for over 50 years.  He was a hard worker and was one of those that enjoyed it as well.

He was a very generous man who will be missed by his many friends and extended family.

He was preceded in death by his parents, 3 brothers and 3 sisters.

There are no services planned at this time.  There will be a Celebration of Life service at his gravel pit in Kewadin at a later date when the weather permits.

To order memorial trees or send flowers to the family in memory of Richard Powell, please visit our flower store.