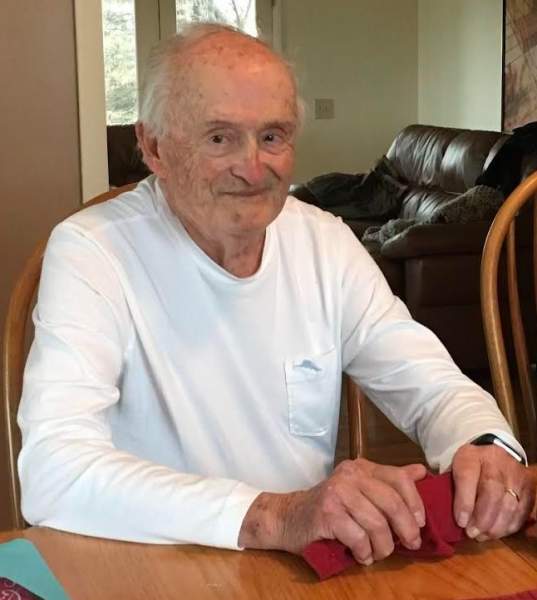 Richard Joseph Brown, 90 of Bellaire, passed away May 10, 2022 at Meadowbrook in Bellaire.  Known by all as Dick or Farmer Brown, he was born March 31, 1932 in Toledo, Ohio to Hobart M. Brown and Ruth Willoh.

Dick spent his youth in Toledo and attended DeVilbiss Catholic High School, graduating in 1950.  He attended Miami University in Oxford, Ohio where he joined Sigma Phi Epsilon fraternity and graduated in 1954 with a degree in Marketing.  Following graduation, he began a long career in automotive aftermarket sales.  On October 10, 1959 he married Janet Lea Dirkman in Toledo.  After moving from Ohio in 1965, Dick and Janet lived in Livonia and later Northville.  In 1970, they purchased a cottage on Intermediate Lake in Bellaire, where the family spent weekends and summers.   The Browns purchased Clam Lake Orchard in 1976, selling apples to processing companies as well as U-pick.  Richard and Janet moved permanently to Bellaire in 1998.  With additional time in retirement, the Browns started growing strawberries for U-pick.

Dick enjoyed his family, farming, hunting, fishing and golf.   He was fortunate to have enjoyed two “hole-in-ones” and was an avid Detroit sports fan.  Dick and Janet also participated in the local winter activity group Steppers and Sliders, and always looked forward to summer days on the lake and with family and friends.  He was a member of the St. Luke’s Catholic Church Parrish in Bellaire.

A viewing will be held on Saturday, May 14, from noon until 1pm at St. Luke’s Catholic Church in Bellaire. A funeral mass will follow the viewing at 1pm.

Arrangements are in the care of the Bellaire Chapel of Mortensen Funeral Homes.  Sign his online guestbook www.mortensenfuneralhomes.com

To send flowers to the family in memory of Richard Joseph Brown, please visit our flower store.