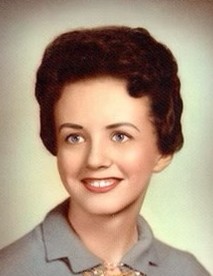 Rhoda was a fan of bird watching, computer games, and watching western movies.

Rhoda was proceeded in death by her husband Ronald Colwell, sister Pauline Hemphill, and her parents.

Arrangements are in the care of the Central Lake Chapel of Mortensen Funeral Homes.  Sign her online guestbook www.mortensenfuneralhomes.com

To order memorial trees or send flowers to the family in memory of Rhoda Colwell, please visit our flower store.