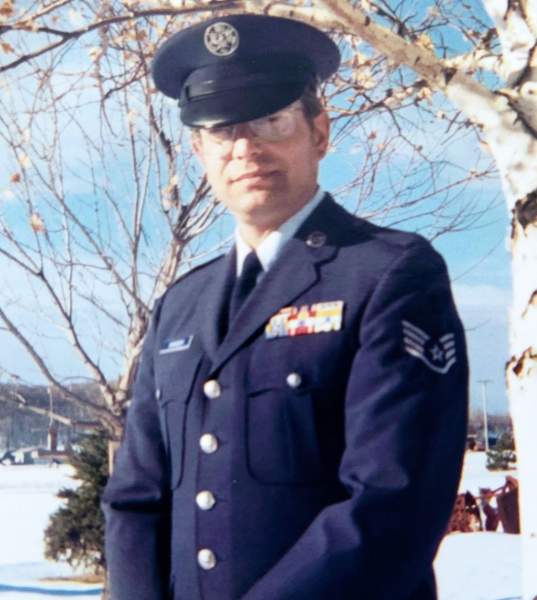 Raymond “Eric” Sander, passed away January 20, 2022 at the Villa at West Branch. He was born September 24, 1945 in Nurnberg, Germany to his mother, Emmi Sander.

As a very young child he was taken to a German Orphanage, and he was there until the age of 13 at which point, he was brought to America to be adopted. As that adoption fell through, he was placed in American foster care where he taught himself English by watching television. His desire for being in the Military began as he was a part of the Army ROTC. Upon aging out of the system, and spending a couple years on his own, Eric joined the United States Navy during Vietnam, serving for four years. Immediately following, he joined the United States Airforce as a Jet Engine Mechanic. After joining the Airforce, he graduated from high school at Olympic College, Bremerton, Washington. He traveled the world, married, raised two sons, and became a United States Citizen. Eric served his country honorably for over 20 years, retiring from Military Service as Staff Sergeant. He worked several different civilian jobs after retirement as well as volunteering. Eric was a member of the Mancelona Moose Lodge and enjoyed camping, fishing, hunting, and watching sunsets. He was a huge history buff and model railroad enthusiast.

Funeral Services will take place Saturday, January 29 at 4:00 p.m. at the Mancelona Chapel of Mortensen Funeral Homes. Visitation will be from 3:00 p.m. until the time of the service, also at the funeral home.

Arrangements are in the care of the Mancelona Chapel of Mortensen Funeral Homes. Please sign his online guestbook www.mortensenfuneralhomes.com

To order memorial trees or send flowers to the family in memory of Raymond Eric Sander, please visit our flower store.