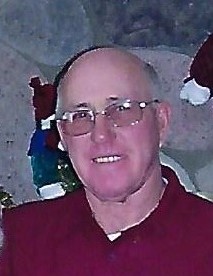 Raymond Lee Brace, Sr 87 of Central Lake passed away Saturday, February 8, 2020 at his home surrounded by his family.

He was born on January 4, 1933 in Royal Oak, MI to Mindon and Mable Brace.  Raymond grew up in Detroit until he moved to Central Lake when he was 13 years old.  He participated in track, jumping hurdles, and competed in the State finals.  Raymond graduated in 1951 and joined the Army where he was stationed in Alaska until 1953.

On August 7th, 1954 he married his sweetheart Shirley Thier and they have been married 65 years.

In his early years Raymond was employed as a stone sawyer for Wolverine Marble Company and then at Decora Marble as a foreman, both in Detroit.

Raymond went on to get his Associates degree and graduated from Lawrence Tech University in 1964.  Eventually he went to work for the City of Birmingham as an Engineering Inspector until he retired in 1995.  He was a spiritual man and was active in his church.

He is survived by his wife Shirley, daughter Susan (Brace) Frantti and husband Kalle Frantti of Central Lake, son Raymond Lee, Jr and wife Tammy (Wood) Brace of Warren, and an adopted daughter Julie (Brace) Susalla.  He is also survived by 6 grandchildren, 8 great grandchildren, and 5 nieces and nephews.  He will be missed by his family and many friends.

The family wishes to thank the Munson Healthcare, Grayling Hospice, for their thoughtful and tender care.

Funeral arrangements are being handled by the Central Lake Chapel of Mortensen Funeral Homes.  Please sign his online guestbook www.mortensenfuneralhomes.com.

To order memorial trees or send flowers to the family in memory of Raymond Brace, please visit our flower store.
Send a Sympathy Card