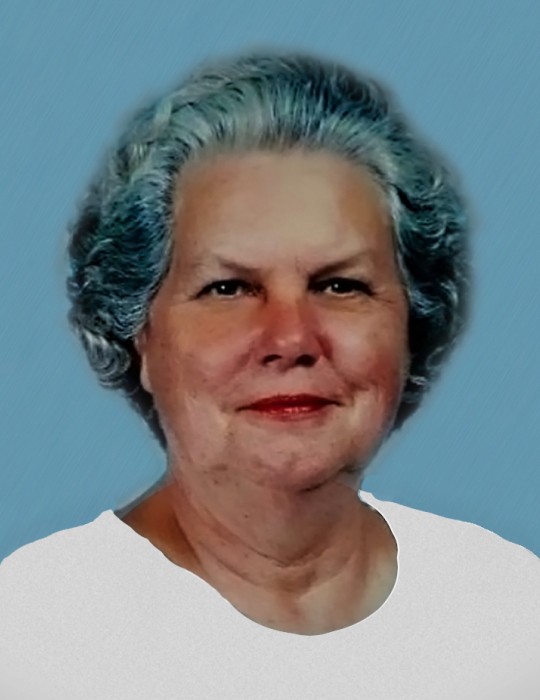 Phyllis Ann Starkey, 87, passed away peacefully, surrounded by her loving family on March 4, 2021 at Munson Medical Center after a brief illness.  She was born on July 24, 1933 at home in Mancelona to Cleo and Wilda (Boice) Ecklund.

Phyllis was the oldest of six girls.  She grew up in Mancelona, graduating from Mancelona High School where she was active in band, playing the trombone.  While in high school, she also played the piano for funerals, using her earnings to buy sheet music that inspired  her lifelong love of music.

She married the love of her life, Jim Starkey on September 21, 1951 at Mancelona United Methodist Church, where she was a life-long member.  Soon after they were married, they moved to San Antonio, Texas where Jim was stationed at Lackland Air Force Base.  Their two oldest children, David and Diane were born in San Antonio.  They then moved to Lansing where Jim attended Michigan State University. It was there that Dan, their third child, was born. In order to be near Jim’s family, they moved to Albuquerque N.M. where he took a job teaching and Dennis and Deborah were born.  In 1965, they returned to Mancelona where Jim was the Elementary School Principal and Phyllis was the librarian at the Mancelona public library.  Shortly after Doug was born, Jim unexpectedly passed away on March 6, 1971.  Phyllis followed Jim in death almost exactly 50 years later.

Phyllis went to work as a purchasing agent for Dura Automotive, retiring after twenty five years.  She raised six children, always leading quietly by example and with grace.   She had a passion for music and attended many concerts and plays.  She was the pianist and organist for many years at Mancelona United Methodist Church and played for numerous weddings and funerals.

A real sports fan, Phyllis often traveled the roads of Northern Michigan following her kids and their teams.  She was an avid supporter of Mancelona athletics. She also attended many Petoskey High School basketball games during the 30 plus years that her son Dennis coached there.  She was proud but never boastful of her family.

Traveling was another one of her passions, but she always looked forward to returning to the natural beauty and lakes of Northern Michigan.  She loved books and was an avid reader of newspapers.  One of her favorite pictures was of her four sons, standing side by side, each reading a section of the paper.

She was very active in the community and known by all.  Throughout her life, Phyllis volunteered countless hours to help whenever needed.

She was preceded in death by her parents, her husband Jim Starkey, sister Doris Bowker,and daughter-in-law Joni (Russell) Starkey.

In lieu of flowers please consider a donation to Mancelona United Methodist Church, Mancelona Educational Foundation or Communities in Schools of NW Michigan.

A public Memorial Visitation will be held Sunday, March 7th from 12 noon until 2 p.m. at the Mancelona Chapel of Mortensen Funeral Homes.  A private family Memorial Service will follow.  A public Celebration of Life will be held this summer, date to announced.

To order memorial trees or send flowers to the family in memory of Phyllis Starkey, please visit our flower store.