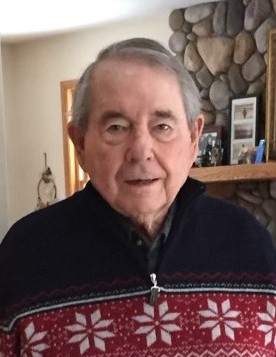 Peter served his country honorably in the U.S. Army then went on to earn his Bachelor Degree in political science from Wayne State University.  Following school, he went on to become a high-level executive for various companies.  He spent 30 years with Michigan Bell where he traveled over several parts of the world.

He had a passion for traveling, especially to Las Vegas and was an avid “The Band of America” of which he knew each band member personally.   You could also find him boating and “cruising” on the water or golfing.  Peter was happy to call Bellaire home since 2018.

He was preceded in death by his parents, brother David Watson, sister-in-law Darlene Ross, and brother-in-law Harold “Butch” Strauchman.

Visitation will be held on Thursday, May 20 from 11:00 a.m. to 2:00 p.m. at the Bellaire Chapel of Mortensen Funeral Homes.  Graveside chapel service will take place at 1:00 p.m. on Friday, May 21 at Roseland Park Cemetery in Berkley, MI.

Memorial contributions may be made to Huntington’s Disease Society of America, 505 Eighth Avenue, New York, NY, 10018.

Arrangements are being handled by the Bellaire Chapel of Mortensen Funeral Homes.   Online guestbook www.mortensenfuneralhomes.com.

To order memorial trees or send flowers to the family in memory of Peter Watson, please visit our flower store.