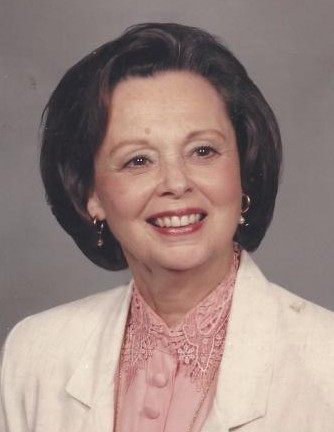 Paula J. Miller, of Charlevoix, passed away peacefully on June 25, 2019, at her daughter’s home surrounded by her loving family. She was 92.

Paula grew up in Providence, Rhode Island, the daughter of Harold and Emeline Ballou. At the age of 21, she married A. Richard Swenson and moved to Syracuse, NY, and then to Detroit. Together, they raised five children – three girls, followed by two boys. Selfless almost to a fault, she always put the needs of others before her own. Paula has been described by her family, friends and those who knew her best as “warm, caring and kind.” She had a fun-loving personality, possessing “a mischievous sense of humor and an infectious smile.”

After marrying Richard Miller, they spent their summers enjoying their vacation home on beautiful Lake Charlevoix, where they eventually retired. Paula was very active in her church – Christ Episcopal in Charlevoix – where she served on the Vestry, was a soloist in the choir and wrote weekly poems for the church bulletin.

Besides writing poetry, Paula had many other talents including china painting, gardening, cooking and baking her famous “twists,” a delicious pastry enjoyed by so many. She even took classes at North Central Michigan College in Petoskey well into her ‘70s. She also was an avid pet lover, breeding poodles and coddling her precious kitties – Promise, Pansy, Blossom and Lotus. After her children were grown, Paula entered the workforce, serving as a medical secretary, office manager and finally, as a receptionist for Site Planning in Charlevoix.

But raising her family was by far her greatest joy. “I loved being a mom,” she often bragged. “After all, I had five kids in 6 ½ years.”

Funeral services will take place Friday, June 28, 2019, at 11:00 a.m., at the Christ Episcopal Church of Charlevoix.  Visitation will be held Thursday, June 27, 2019, from 4:00 p.m. until 7:00 p.m. the Winchester Chapel of Mortensen Funeral Homes.  In lieu of flowers, memorial contributions can be made to the Hospice of Little Traverse Bay, Christ Episcopal Church 200 State Street, Charlevoix, MI 49720 or the Michigan Humane Society. Service arrangements are being handled by Mortensen Funeral Home – Winchester Chapel in Charlevoix.   An online guestbook is offered at www.mortensenfuneralhomes .com

To order memorial trees or send flowers to the family in memory of Paula Miller, please visit our flower store.
Send a Sympathy Card