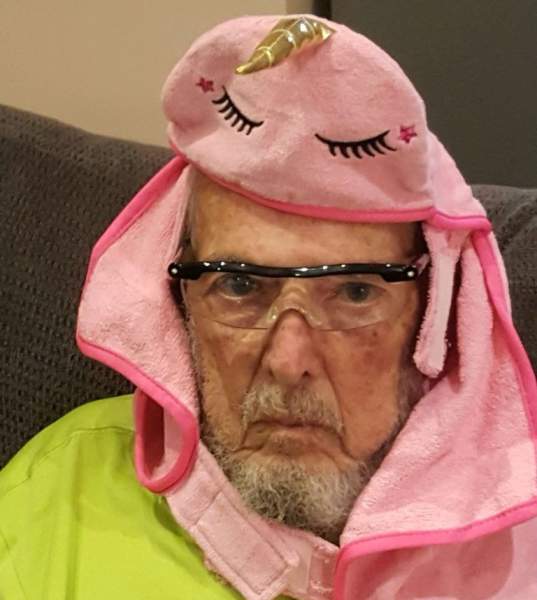 Paul Junior Niehaus was born to Ruth Wilhelmina (Bauerle) Niehaus and Paul (Jerry) Fredrick Niehaus in Ann Arbor Michigan on May 18th 1930. Having lost a baby daughter a few years before made my dad even more dear to my Grandparents. He was to be an only child. Just "a bit" spoiled it was said by relatives. He did grow into a smart, funny kid that could pick up and play any music.

Dad grew up at 209 Jefferson Street in Chelsea Michigan. Ruth taught piano and organ in her music room at home. Jerry had been a supervisor as the Ford Willow Run plant during WWII. He was a Post Master, a Toastmaster and a Teller at Chelsea State Bank. As dad grew up in Chelsea, he played drums and trumpet, his dad played the banjo and his mom played the piano and sang. They performed at St. Paul’s Evangelical and Reformed Church that they attended. And at weddings, funerals and musical reviews in town.

Dad and his beloved fox terrier Judy and later his air dale boy had many adventures in the ponds and lakes around Chelsea. Once while on an outing Dad was able to pull out a boy from a lake, saving him from drowning. Dad received a metal for his bravery that he kept to the end of his life. Dad had known from an early age he liked plants and wanted to become a botanist. He had spent part of every summer working for his Grandparent's Bauerle flower shop and greenhouses in Lansing Michigan. He liked hanging out in the tropical palm house, picking ripe bananas off the tree.

After he graduated from Chelsea High School, Dad went first to the University of Michigan then to what is now Eastern Michigan University so he could also teach.  But the Korean War changed his plans for him. When he and some of his friends knew they were to be drafted, they signed up for the Air Force. They thought they would be sent someplace together. They did not see each other until they were discharged! The Air Force was the newest Branch of the Armed Forces so often they would get from other Armed Forces bits and pieces of their uniforms, bedding and the like. They did not get their dress uniforms for a while because they were being designed and made! Dad was stationed first in San Antonio Texas at Lackland Air Force Base. He taught math to pilots. Later he was transferred to Sacramento, California at Hamilton Air Force Base. There he first he upgraded maps of roads in the Serra Nevada’s. Some had been built a hundred years before when the railroad tunnels had been constructed. Last leg in the Air Force Dad was in charge of the Civilian Ground Observers for the northern part of California. These nonmilitary observers watched for non-American planes due to the fear of foreign invasion. Dad thought the observers at the California Prison System were the best as they had nothing to distract them.

It was at a USO dance that Staff Sargent Paul Niehaus met my mother who had grown up in the East San Francisco Bay Area.  Her Father was a Gold Chief in the Navy based in the Bay Area. Paul and Rita hit it off, dated and then got secretly married by an Episcopal clergy friend of her family so they could live off base. Later they were married with both their families in Mom's Church.

With Dad's discharge from the Air Force in 1953, my Parents moved to Ann Arbor Michigan. There Dad finished his Undergrad studies at Easter Michigan University in Botany. Next came his Graduate work at University of Michigan in fresh water plants. Mom worked for Student Health Services. They had a daughter Lucy. When finished with his studies there, Dad took a teaching Micro-biology position at SUNY Gen. My brother Jeff was born in a snowstorm.  After a few years in upstate New York, they move us to Adrian Michigan where Dad taught Biology at Adrian College. My parents parted and went their own ways at that point. But Dad met my future Stepmother Adelia Elizabeth (Liz) Foster at Adrian College. They soon married and moved to Ann Arbor so Liz could work on her Masters while Dad started help start the biology department at Washtenaw Community College.

There he met another gifted musician Dr Morris Lawrence. Dad played trumpet, flugelhorn and percussion with Morris and the Washtenaw Community College Jazz Band for years.  They played at jazz festivals around the country. Dad was always a bit mad that his flugelhorn case was damaged by the Secret Service when the President came to a jazz festival the band was playing at. Mom & Dad moved next to South Lyon Michigan where they lived for many years. Liz taught AP Biology and later became the South Lyon Schools Athletic Director. While there, Dad helped Mom lead the South Lyon High School cheerleader to a national title. My parents were members of St. Paul’s Episcopal Church by the Mill Pond for years with Dad serving on the Vestry. And helping with many an English Tea.

We came up to Beaver Island Michigan to the Central Michigan University Biological Station so Mom could map out ferns on the Island. Dad taught labs and field classes many times through the years on Beaver Island. It was there he got his pilot’s license. Dad loved to fly his flat tailed Cessna. And later built Lilly's Pad, the hanger named after a loved poodle. Dad and Mom had many beloved cats and dogs throughout the years with Addi the Goldendoodle being his last dear one.

After camping for several years my parents bought the land on Wicklow Beach along East Side Drive. There they built their house Starshine later adding APT the guest house. My Parents then started their consulting firm Niehaus and Associates. For years Mom, Dad and their many Associates worked with the Michigan Department of Education in Science Curriculum Development. And consulted with school districts throughout the state. And every year helped run meetings for the National Science Teachers Association and the Michigan Science Teachers Association.

There were setbacks in his life. The loss of his and Liz's Parents, his son Jeff. After their forty seventh Wedding Anniversary hanger party, mom was not feeling herself. My parents found out that her time with us was not going to be much longer. A few short months later she died surrounded by loved ones. Dad was beside himself. But slowly he moved up to Starshine full time. He loved the Island. Going into St. James with Addi. Hanging out, talking to everyone that would listen. He loved the Beaver Island Music Festival, singing in Baroque on Beaver, Church services at St. James Episcopal and Holy Cross. He loved sailing the sailboat with buddies, the pontoon boat with Addi. Eating and playing Music were Dad's thing. He would give you the shirt off his back.

Paul Junior Niehaus lived a pretty charmed life he often said. A life full of plants and friends. Dad had his last sail into the St. James Harbor and told his last sailing companions the clouds were "heavenly". Soon after he joined those clouds. Dad was a peter pan in a purple shirt. And we will miss him dearly.

He is survived by his daughters Addi and Lucy Niehaus (Rick Keir) and Otto.
Dad wanted to be remembered as someone that helped keep the Plant Earth alive. Let us all do our part to keep his wish. Services will be held on Beaver Island and at St. Pauls Episcopal Church Brighton Michigan at a later date.

To order memorial trees or send flowers to the family in memory of Paul Junior Niehaus, please visit our flower store.