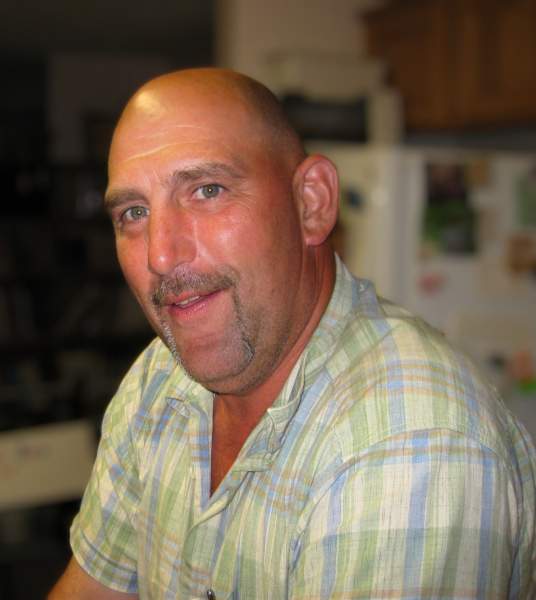 Paul David Cooper, fondly known as P.D., embarked on his final adventure to his perfect home in heaven on August 5th, 2022. He was surrounded by the love of his family and passed peacefully at home holding the hand of his beloved wife, Susan Cooper.

Paul was born on February 8th, 1965 in Muskegon, MI, and his family tree is as special and unique as he is. Adopted as an infant by Jack and Mary (Holzinger) Cooper, Paul recently had the honor of reuniting with his biological family, including father, Jerry Dame, and mother, Janice (Larabee) Root.

One of Paul’s favorite childhood memories included specially prepared breakfasts and listening to Una Paloma Blanca on the morning radio with his mother, Mary. He also enjoyed adventurous camping trips to Canada with his father, Jack. He graduated from John Glenn High School in Bay City, MI where he played center on the varsity football team.

Paul married the love of his life, Susan (Jaquish) Cooper, on September 19, 1987 in Lake Ann, MI. His father in-law, Oscar Jaquish, might tease that Paul had the seal of approval because he was able to successfully throw hay bales up into the barn loft. Paul and Susan lovingly brought into this world and raised, five children: Kayleen, Benjamin, Hannah, Samuel and Rachel. He was a loving, kind and dedicated husband and father and he will be missed deeply by his family.

An avid admirer of nature, Paul began his life long career in the timber industry as Sawyer at Lake Ann Hardwoods in Lake Ann, MI. The life that followed could fill a book. He would likely tell you he was a logger; others who knew him would tell you he was much more than that. He was a logger, problem solver, a team player (both at work and with his family) and a special friend. He had an uncanny knack for understanding trees and his love for God’s creation was undeniable. Many describe Paul as being down to earth. He carried honor, dignity, kindness and a contagious sense of humor and laughter wherever he went. Paul was most recently employed with Timber Products as a Log Buyer and enjoyed his adventures to Canada, meeting new friends and doing a job he loved.

Paul was always a man to lend a helping hand and would be honored to have donations in lieu of flowers sent to Pathway Community Church “Hands and Feet Ministry” 416 US 131 PO Box 438 Mancelona, MI 49659.

Funeral services will take place on Friday, August 12, 2022 at 1:00 p.m. at the Mancelona Chapel of Mortensen Funeral Homes with viewing from 11:00 a.m. until the time of services. Burial will follow in Fairview Cemetery, Mancelona Township. A luncheon will be hosted by Pathway Community Church in Mancelona following the burial.

To order memorial trees or send flowers to the family in memory of Paul David Cooper, please visit our flower store.