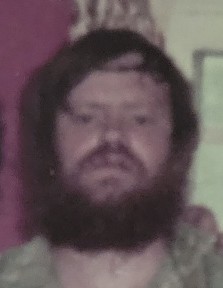 He was disabled at the age of 24 but you would never know it.   He continued to live his life and improvise to be active on a daily basis.  Paul’s favorite, daily routine was going to the South Arm Café in East Jordan where he enjoyed visiting with his friends.   He also loved to fish with his grandchildren.

He was preceded in death by his parents, a brother Rodney Brewer, and the mother of his children Katherine Brewer.

Funeral services will take place on Saturday, May 8, 2021 at 1:00 p.m. at the Central Lake Chapel of Mortensen Funeral Homes with Pastor Andrew Schmidt officiating.  Visitation will be from 11:00 a.m. until the time of services at the funeral home.

Arrangements are being handled by the Central Lake Chapel of Mortensen Funeral Homes.  Online guestbook www.mortensenfuneralhomes.com.

To order memorial trees or send flowers to the family in memory of Paul Brewer, please visit our flower store.
Send a Sympathy Card