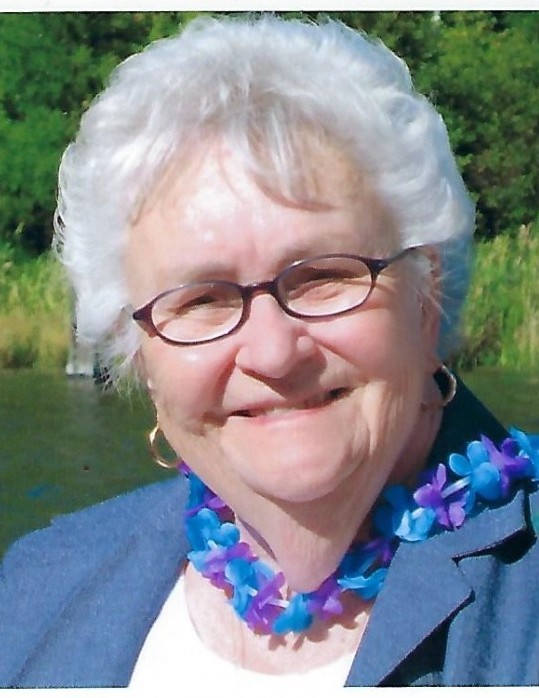 Patricia J. Stephenson, 93, of Rapid City, peacefully passed away on October 16, 2019 at South Torch Assisted Living in Rapid City.  She was born on May 17, 1926, in Flint, the daughter of Percell and Fern (Jeffs) McGovern.

Patricia resided in Flushing for many years where she raised 5 children along with her husband C.D. “Doug” Stephenson.  In the late 60’s she obtained her real estate license.  In the early 70’s she obtained her broker’s license and for many years owned and operated the Stephenson-Potbury and Associates Real Estate.  Patricia later became the President of the Flint Board of Realtors.   In 1985 she and Doug retired to Torch Lake and she continued to work in real state for several more years.

Patricia loved to cook for family dinners and was known as a “feisty” lady with a great sense of humor.

Preceding her in death were her parents, her husband, C.D. Doug Stephenson, 2 brothers, Hugh and Mike McGovern as well as 3 sons, Gary, Scott and Pete Stephenson.

Graveside services will take place in Flushing Cemetery, Flushing, MI, on Thursday, October 24 at 2:00 p.m.  The cemetery is on the North side of Coutant Road.

To order memorial trees or send flowers to the family in memory of Patricia Stephenson, please visit our flower store.