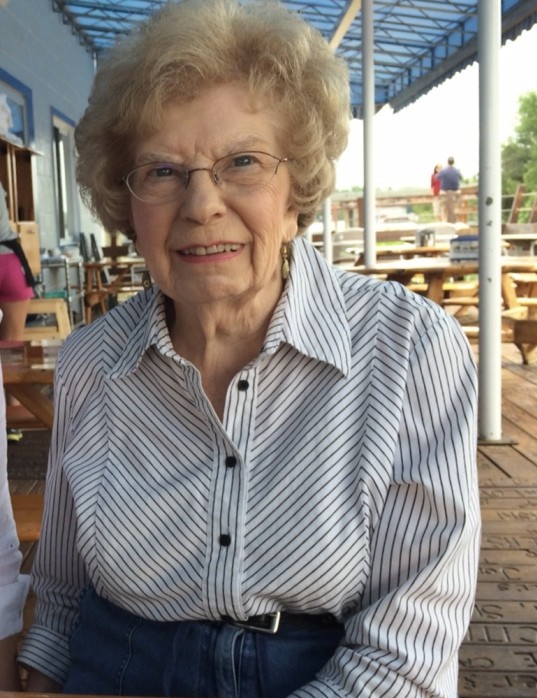 Patricia graduated from Bellaire High School in 1946.  She was married to Johnny Bush, a military man, so she travelled all over the United States and even lived in Japan for a short time.  She returned to Michigan’s Upper Peninsula for several years before settling permanently in Bellaire in 1964.

Many will remember Patricia from the grocery store in Bellaire, where she worked as a clerk for over 60 years.  She very much enjoyed her years working there and seeing all the familiar faces from around town.  In her free time, she enjoyed skiing (both downhill and cross-country), snowshoeing, and spending time at one of the many surrounding lakes.  She also loved to dance; from polka to tap dancing, and anything in between, she did it all.  She was also heavily involved in the local Order of the Eastern Star and attended the Bellaire Community United Methodist Church.

She was preceded in death by her parents, and her brother, Jimmie Chambers.

Patricia’s family has chosen to celebrate her life privately.

In lieu of flowers, memorial donations may be made to the Order of the Eastern Star.

To order memorial trees or send flowers to the family in memory of Patricia Gardner, please visit our flower store.