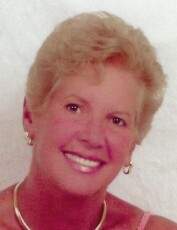 She passed away peacefully on January 14, 2021 with her son Johnathan and her niece Barb Vandeman by her side, after a brief illness.  Born June 1, 1938 in Jamestown New York to Ulla and Doris Wardwell of North Plainfield New Jersey. She was adopted at age 5 by George and Grace McCarthy of North Plainfield New Jersey.  Michele is a direct descendant of Samuel A. Wardell, the last accused witch to be hanged at the Salem Witch Trials in 1692.

In 1956 Michele attended the Barbizon School of Fashion then became a model with the John Robert Powers Agency where she went on to become an instructor.  She met the love of her life Hugh MacMaster in 1969 in Birmingham MI and they married on February 14, 1970.  They moved to Alden Michigan in 1976 where they owned Alden Lumber Company for 25 years.

Michele was an avid horseback rider.  She and Hugh also raised and trained English Setter hunting dogs.  She was an active member of the Ruffed Grouse Society where she competed successfully in their Fun Trials.  She competed in numerous field trials and in 2013 won Gun Dog of the Year with her dog Cruise.  Michele also attained her private pilot’s license in 1981 and flew on numerous trips with Hugh for Wings of Mercy missions.

Michele loved traveling and her favorite destination was Ocho Rios Jamaica where the staff was a second family to her.  Michele also held various positions within Antrim County: School Board Trustee for Mancelona Public Schools; Helena Township Board; and most recently on the Helena Township Fire Board.   In her most recent years, she enjoyed playing competitive Bridge and enjoyed the many friendships she made there.

Michele was preceded in death by her loving husband Hugh D. MacMaster and her two sisters Joyce Adams and Vivian Lapsley.  She is survived by her sister JoAnn Ashby of Coopersburg PA, son Johnathan Steele of Franklin TN and 5 nieces and nephews, 4 grandchildren and 5 great grandchildren.

Per her wishes, no services are planned at this time.

Arrangements have been handled by the Mortensen Funeral Home of Bellaire MI.  Please sign Michele’s online guest book at www.mortensenfuneralhomes.com

A memorial Fun Trial will be held later this year at the Tails-A-Waggin in Marion MI as a fundraiser for the Veterans With Disabilities Charity Hunt.  For information on competing or to make a donation, please contact Chuck at 231-743-6483.

To order memorial trees or send flowers to the family in memory of Michele MacMaster, please visit our flower store.