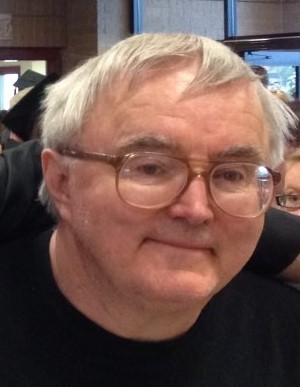 Michael Bryon Thornburg, 60, of Mancelona, passed away on Saturday, December 11, 2021 at Munson Medical Center in Traverse City. He was born on January 19, 1961 in Kalkaska, MI, the son of Darwin and Helen (Seiting) Thornburg.


Michael graduated from Kalkaska High School in 1979, and he then went on to further his education at Ferris State University. Michael worked at a few shops in the area, the last being Kalkaska Screw Products. He enjoyed fishing, hunting, and watching football on TV - usually rooting for the underdog.


He was preceded in death by his parents, and his brother, Owen Thornburg.

Graveside service with Military Honors will be held Friday, May 6th at 10 am at Fairview Cemetery, Mancelona.


In lieu of flowers, memorial contributions may be made to the American Diabetes Association.


Arrangements are in the care of the Mancelona Chapel of Mortensen Funeral Homes. Please sign his online guestbook at www.mortensenfuneralhomes.com

To order memorial trees or send flowers to the family in memory of Michael Thornburg, please visit our flower store.
Send a Sympathy Card