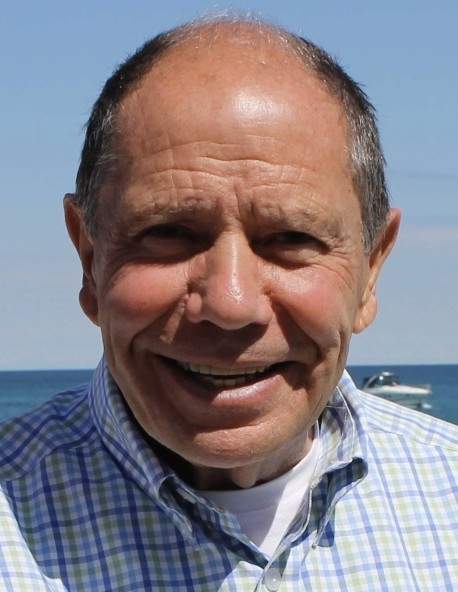 Michael attended Cass Tech (Detroit) and then Lake Shore High School (St. Clair Shores) graduating in 1958. He obtained an Associate Degree from Macomb Community College. Michael served in the US Army at Fort Knox from 1963 till July 1965. Upon discharge he returned to Detroit and his job with the US Army Corps of Engineers, Lake Survey Unit. He spent several years charting the Great Lakes.

Michael married Barbara Jean Klenk on July 18, 1968 in Royal Oak, MI. In 1974, Michael and Barbara moved to Bayfield, WI, one of Michael’s favorite spots on the Great Lakes and started their own businesses, The Appletree and The Candy Dock. In 1977, they decided to move to another of his favorite places on the Great Lakes, Charlevoix, MI. Here, they settled for the rest of their lives, raising their three children and owning The Appletree gift shop until Michael’s retirement in 2006. Michael was a long time member of the Charlevoix Chamber of Commerce and was instrumental in helping found the annual fall Apple Festival. In later life, he was a Friend of the Library and enjoyed helping his wife with activities for the library. Most especially he enjoyed spending time with his grandchildren.

Michael is survived by his wife, Barbara, his daughter, Kristin (Salvatore) LaMendola, his son, Ryan (Pamela) Holmes, his son, Gregg (Jessica) Holmes, his sister, Judy Reynolds, nine grandchildren, Tyler, Riley, Hannah, Ella, Lauren and Nathan LaMendola, Hayden and Hattie Holmes and Layne Holmes, and many nieces and nephews. He was preceded in death by his parents and sister, Suzanne Sopfe.

In lieu of flowers, memorial donations may be made to the Alzheimer’s Association or St. Jude Children’s Hospital.  Visitation will be Tuesday, March 16, 2021 from 11am-1pm with Father Peter Wigton leading a funeral service at 1pm, and burial immediately following at St. Mary’s Cemetery.

Arrangements are in the care of the Winchester Chapel of Mortensen Funeral Homes.  Sign his online guestbook www.mortensenfuneralhomes.com

To order memorial trees or send flowers to the family in memory of Michael Holmes, please visit our flower store.