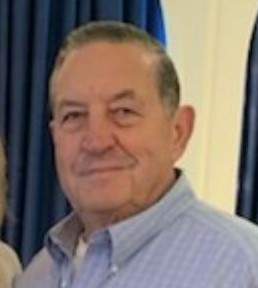 Mel lived life to the fullest.  There was always an adventure to be taken and a job to be done!  Known as a jack of all trades, he worked the first half of his life at Kitchen Farms before managing a meat packing place and being the service manager at Zaremba’s Equipment.  He also sold Real Estate, worked in construction, and flipped houses.  “Mr. Fix It Mel”, could fix anything and everything!

He enjoyed hunting and fishing, especially fishing in Canada.  He also enjoyed snowmobiling, taking a couple trips to Alaska.  He even raced snowmobiles, winning the I-500 in the Sault St. Marie in 1973.  Mel liked riding ATV’s including his Razr, and was a private pilot too.

He was preceded in death by his first wife Carol, brother Bill, and parents.

Funeral services will be held Saturday, August 13, 2022 at 12 Noon, at the Mancelona Chapel of Mortensen Funeral Homes with Pastor Michael O’Dell officiating.  The family will receive friends from 10 am until the time of service.  Interment will follow in Fairview Cemetery, Mancelona.

To order memorial trees or send flowers to the family in memory of Melvin Lawrence Kitchen, please visit our flower store.