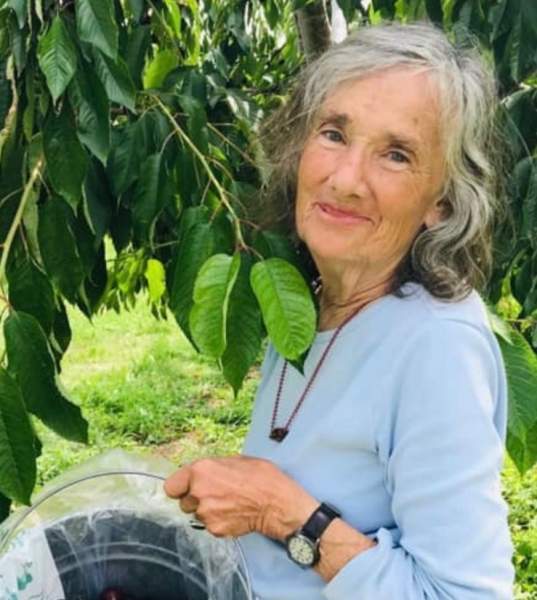 Born to Mary Louise Morse and Harold S. Schwartz in Evanston, IL, Mar lived a full and productive life.  Mar grew up in Evanston as a small child, spending summers at the family cottage on the turquoise waters of Torch Lake with her younger brother Gary, who she adored. The rest of her childhood she lived in Central Lake, moving “Up North” when she was 10.

Mar graduated Valedictorian of her Central Lake class. She attended Michigan State University where she was president of the Delta Gamma sorority and later became the Chapter Advisor of the UM Delta Gamma house. Going off to college meant Mar had to give up her pet skunk! However, she continued to teach Sunday school in Central Lake during the summer.

After graduation, Mar married David S. DeTar of Milan, MI in 1956. The couple moved to Ann Arbor and began building a family of 5 children. The addition of kids meant Mar was not going to get much rest. She dove into school, sports and politics.

Always helpful, she was the “class room mother” dozens of times, president of the Republican Women’s Club of Washtenaw County, board member of the Ann Arbor Hockey Association, member of P.E.O.-DH-Ann Arbor, Sunday school teacher at St. Andrews Episcopal Church and instrumental in the Burns Park Ice Cream Social for many years.

Inclusive and welcoming, afternoons and weekends found Mar’s house teaming with children of every race, creed and color. One Burns Park teacher hailed her as “Mother of the year” in an Ann Arbor News article.

Mar dove into activities she believed in and rarely took no for an answer.  For example, she sponsored an “after school” Christmas show at Burns Park Elementary School when religious events were banned during the school day.  It became an annual event with a large turnout of families singing Christmas Carols.

A longtime “health nut” Mar befriended “hippies” in Ann Arbor at the local health food store, buying vitamins, wheatgerm and other items to enrich her family’s health.  There wasn’t a hint of white flour or sugar in her house and each kid would get a concoction of vitamins every morning, before heading off to school. Her whole wheat pizza was a kid favorite.

Mar was a history major and was passionate about preserving history. She was the primary person responsible for fixing up and maintaining historic locations such as the Derenzy School House in Bellaire and the Knowles home in Central Lake.

When the county began paving and widening her Torch Lake neighborhood road, Mar hired an attorney to immediately stop the activity and created a petition with neighbors’ support, to cease the project and preserve the tranquil character of the surrounding area.

In 1978 Mar moved from Ann Arbor to Traverse City with her three youngest children. Active in figure skating and hockey, Traverse City seemed the perfect fit for the kids. Then suddenly, the local skating rink closed.  Mar secured donations to build a “bubble” skating rink to allow for the continuation of skating programs, hoping the community would support a permanent rink.  A city that briefly had no ice rink now offers 3 sheets of ice. In life, Mar made a difference.

To make ends meet, Mar took over running Brownwood Acres Shops from her mother.  She quickly became known as the “Doughnut Lady” starting a tradition of making fresh doughnuts on the weekends.  You would find her working the doughnut machine and talking to all the patrons who seemingly enjoyed her company as much as their doughnuts.  That doughnut tradition lives on, as people still line up to have a fresh warm Brownwood doughnut on Sundays, talking with Mar’s heirs.

Mar’s lifelong love of animals was a sight to behold. While living in Ann Arbor, it was common to see a raccoon or rabbit traipsing through the house. When Mar moved north, she built a barn and several outbuildings on her 80-acre farm. Over the next 30 plus years, Mar had (no exaggeration) thousands of pets, including rabbits, ducks, geese, guinea hens, peacocks, chickens, crows, cats, ravens, goats, sheep, pigs, ponies and horses. Mar always cohabitated with a dog or two to keep the animals in line, her favorites were Border Collies.

In Mar’s later years, even as her health and memory were declining, she would greet visitors to Brownwood with a hug and a twinkle in her beautiful blue eyes. “How is your summer going” she would ask, and “how are the kids doing.”  Each and every visitor believing she remembered them. Perhaps she did!

Mar will be missed dearly by her family and a plethora of friends, but all are happy to know that her life well-lived, is now in someone else’s hands.

In lieu of flowers, donations may be made to the following:

Please join the family for a Celebration of Mar’s Life Sunday, August 21st at 4 p.m. at Brownwood, on Torch Lake Dr.   Everyone is encouraged to wear their Torch Lake blue colors, because Mar loved the beauty of Torch Lake.

Arrangements are in the care of the Central Lake Chapel of Mortensen Funeral Homes.  Please sign her online guestbook www.mortensenfuneralhomes.com.

To order memorial trees or send flowers to the family in memory of Mary Louise (Mar) DeTar, please visit our flower store.