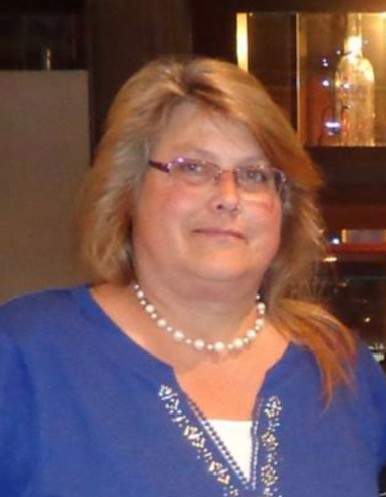 Mary grew up and went to high school in Central Lake where she excelled at many sports, including basketball, softball, and track.  After graduating from Central Lake, Mary and her husband Donavan Eggleston Sr. move to Fort Polk Army base in Louisiana where Donavan was stationed.  Following Donavan’s death in 1985, Mary continued to live and work in Central Lake where she laid roots and made many lifelong friends.  Mary would later move down state where she would spend the next 20 years working and living with her love and companion John Whitson in Dearborn Heights.

Mary loved baking, gardening and horseback riding, but most of all she enjoyed spending time with her family.  She loved her mom Eleanor dearly, and never missed an opportunity to spend time with her granddaughters Alivia and Addison.

Visitation will be held Friday, December 6 from 6-8 p.m. at the Central Lake Chapel of Mortensen Funeral Homes.  Interment will take place Saturday, December 7, at 10 a.m. at Southern Cemetery, Central Lake.

Arrangements have been handled by the Central Lake Chapel of Mortensen Funeral Homes.  Please sign her online guestbook www.mortensenfuneralhomes.com

To order memorial trees or send flowers to the family in memory of Mary Eggleston, please visit our flower store.