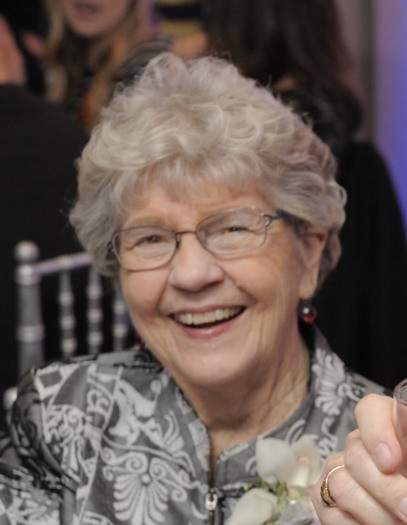 Mary Gertrude Brisbois, 86, of Charlevoix, passed away peacefully and into her heavenly home on June 30, 2021.  She was born on March 29, 1935 in Lansing, MI, the daughter of Andrew and Minnie Marie (Chandler) deVries.

Mary attended Alma College, and enjoyed teaching elementary school in the 1950s. She settled in Saginaw, MI to raise her family as a devoted wife, mother, and “Beppe.” She was involved in the Christian Women’s Club, Hopevale Women’s Ministries, and Bell Choir.  In 1998, she and her husband, Bernie, retired to Charlevoix, where she had been visiting since she was a young girl.  Mary enjoyed a variety of crafts, including cross stitch, knitting, scrapbooking, gift wrapping, and card making.  She was also a Pampered Chef Consultant.

She was preceded in death by her parents, and her sister, Annie Laurie Robinson.


Mary’s family will hold a celebration of her life at a later date.


In lieu of flowers, memorial contributions may be made to McLaren Hospice.


Arrangements are in the care of the Winchester Chapel of Mortensen Funeral Homes.  Please sign her online guestbook at www.mortensenfuneralhomes.com

To order memorial trees or send flowers to the family in memory of Mary Brisbois, please visit our flower store.