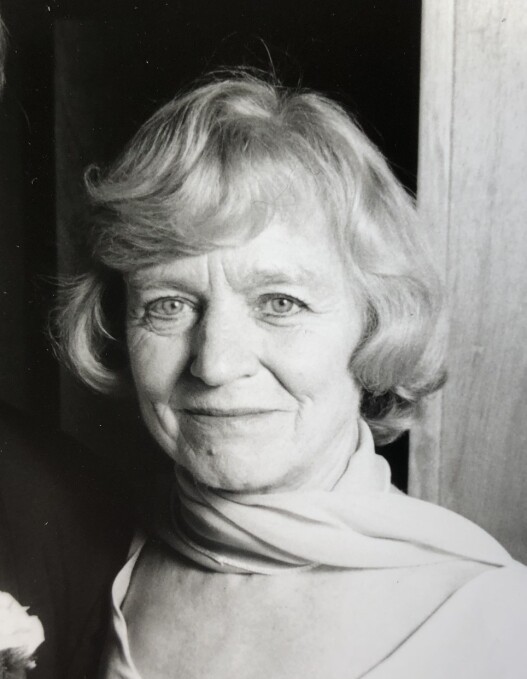 Martha (Marty) Gibbs Kettunen passed away peacefully in her Bellaire, Michigan home in the early morning of February 4, 2021, with family by her side. The daughter of Earl and Marguerite Gibbs, Martha was born and raised in Lansing, Michigan.  During her childhood, the family lived for a time on the Grand River, and one of her fondest memories was when her father would shovel snow from the frozen river so that Martha could skate. Her childhood summers were spent at the family cottage on Indian River in northern Michigan.

Martha graduated from Sexton High School and was a talented pianist and vocalist. She went on to study music at Michigan State University where she graduated with Honors, earning a Bachelor of Music in 1952. While a student at MSU, she met and fell in love with her future husband, Robert (Bob) Kettunen of East Lansing. Marty and Bob shared their love of music and many of their 'dates' were spent riding on Bob's bicycle with Marty on the crossbar, singing and harmonizing favorite songs together. During winter they enjoyed trips to Boyne Mountain, where Bob taught Marty to ski.

Marty and Bob married in 1952. Soon after their marriage, Bob left for Korea to assume his commission in the Korean War where he served as a first lieutenant and combat tank platoon leader in the US Army, leaving Marty pregnant with their first son, Robert Gibbs. Upon Bob’s return from Korea, the young family moved to Ann Arbor, where he entered the University of Michigan Medical School.  Young, newly-wed, and a new mom, Marty remembered these days as some of the happiest of her life.

After Bob completed his medical studies the family settled in Kalamazoo and the Kettunen home on Academy Street became an open house for neighborhood kids who were drawn by Martha’s kindness, warmth and fun-loving attitude. Adults, too, were attracted to her intelligence, wit and charm.  A consummate and natural hostess, parties at their home were filled with happy guests, wonderful food, great conversation and an abundance of music. The annual New Year’s Day Champagne Brunch at their Long Road home would inevitably end in the late hours of the evening, with a crowd gathered around the piano as Marty played and led her friends in song.

Among the family’s cherished memories are when as young children Marty taught them all how to ski and ride the rope tow at Timber Ridge, or when she led the family on a bicycle ride through the countryside and encountered a rainstorm that ended with a beautiful rainbow. Marty and Bob lived life to the fullest and the family enjoyed winters skiing at local Timber Ridge, ‘Up North’ at Boyne Mountain, and ‘Out West,’ in the Rocky Mountains.  Some summer days were spent at the family farm, but mostly at their cottage on Gull Lake, sailing on Bob’s 210, and, for Marty, stretched out on the dock reading her books.

After Bob’s retirement, the couple moved to northern Michigan, where spring through autumn days were spent on the beautiful golf courses around their home in Bellaire, tending to their oversized vegetable and flower gardens, and relaxing on the back patio near the pool, listening to Marty’s beloved Frank Sinatra. Marty was a member of two golf leagues and loved crossword puzzles and playing Scrabble and bridge with family and friends. In the winter she and Bob skied at nearby Schuss Mountain, Shanty Creek and Nubs Nob, and occasionally escaped the cold with road trips to the Gulf Coast and Arizona. Bob was her loving husband for 56 years until his death in 2009.

Marty continues to be the heart and soul of the Kettunen family.  Her unwavering support and love for her husband, children, and grandchildren was and remains vital and essential to them all. She is survived by her five children: Robert Gibbs (Yuko) of New York City, NY, Paul Andrew of Detroit, John Thomas of Bellaire, William Eric (Ingrid) of Greenbrae, CA, Kathryn Kettunen Stempin (Carl) of Seattle, WA, and her two grandchildren, Anders Klein and Annika Kathryn Kettunen of Greenbrae, CA.

A celebration of Martha’s life is planned for the late spring or early summer. In lieu of flowers, contributions can be directed to Marty’s favorite charity, Saint Jude Children’s Research Hospital.

Arrangements have been handled by the Bellaire Chapel of Mortensen Funeral Homes.  Please sign her online guestbook www.mortensenfuneralhomes.com.

To order memorial trees or send flowers to the family in memory of Martha Kettunen, please visit our flower store.