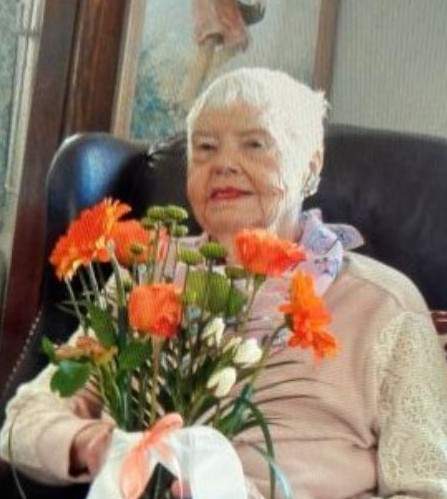 Marjorie loved growing up in Flint. Fond memories she shared with her sister & brother, attending Court St. Methodist Church singing in the choir, spending summers on her grandparent’s farm in Northern Michigan, moving to East Jordan after her father returned from World War II, graduating from East Jordan class of 1945.

Marjorie returned to Flint, attended Harley Hospital School of Nursing, where she earned her four-year registered nursing degree.  Her first nursing job was at Bryce Canyon National Park in 1950, which sparked an intense love of nature and environmental awareness throughout her life.  Marjorie married Howard Best on December 12, 1951.

They began their life in Ellsworth, and later on in East Jordan, balancing her nursing career and nurturing her three children on their cherry farm.  Marjorie was deeply involved with both communities over the years.  She belonged to many civic groups; she was a founding member of the Banks Township Historical Society, member of the Ellsworth Lioness Club, member of the South Arm Extension for over 40 years, 4-H leader, scout leader, camp nurse, taught choir and Sunday school, as well as beautifying these towns thru her involvement in local garden clubs.  At 70 years old, she marched at the capital to support women’s rights.

Marjorie travelled throughout the United States, hiking, birding, and camping with her adventurous husband.  She was a dedicated artist, quilter for Lutheran World Quilting Relief, and pie baker, once baking 19 pies in one day for an art fair.

She was preceded in death by her husband, Howard Best; her grandson, Kevin Charles Morehead; and her brother, Robert N. Thomas.

A graveside memorial service will be held at 2:00 p.m. on Monday, May 2, 2022 at Ellsworth Cemetery.  She will be laid to rest with her loving husband, Howard Best.

In lieu of flowers, memorial contributions may be made towards the Evangelical Lutheran World Quilting Relief.