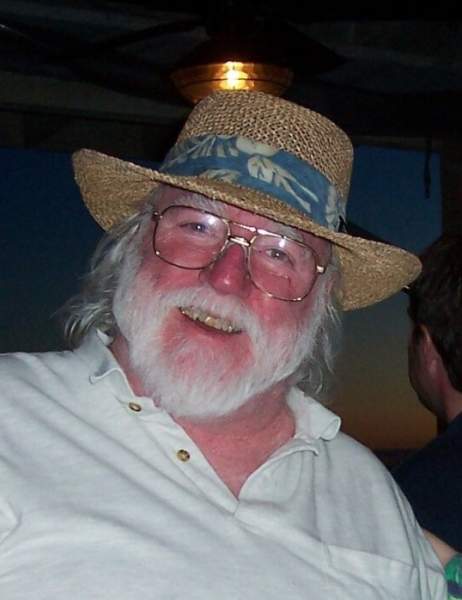 Growing up, Lonnie lived in several places with his family, and they finally settled in Birmingham, Alabama.  There he finished high school and worked in a movie theater. In 1963 he enlisted in the United States Coast Guard, but decided to take a break from it in 1967 when he met and married the love of his life, Donnell Whiteley.  However, the sea was in his blood, and in 1972 he re-enlisted.  He went on to make Chief Warrent Officer and, in 1982, he was promoted to the Chief Engineering Officer of the Mesquite, a buoy tender stationed in Charlevoix, Michigan.  In 1988 he said farewell to the Coast Guard life and retired after a total of 20 years of service. He never left his sea-faring days too far behind as he kept it alive by telling many stories of his adventures at sea.

Through it all, his beloved wife, Donnell was at this side.  Married on March 5th, 1967, they raised three children while moving throughout the United States.  Lonnie often said that Donnell served in the Coast Guard right along with him as it takes a lot of sacrifice to be a service wife. Anyone who spent a minute speaking with him, quickly realized that he loved her with all of his heart.

His pride and joy was his family.  He adored his children and grandchildren and spoiled them whenever he could. A highlight each summer was "Grandma & Papa Week" where the grandchildren spent a week at their house without their parents. The week was spent filled with backyard camp fires, trips to the beach, water balloon battles, and swinging on the tire swing.  Lonnie enjoyed woodworking, birdwatching, and engaging in political conversations. He also loved dogs and had many canine companions throughout his life. Before time took a toll on his health, he spent many hours in his garden and taking care of his yard. He was known for his keen sense of humor and for telling countless stories. He will be missed.

He was preceded in death by his beloved wife, Donnell W. Jones, his parents Lonnie Sr. & Ruth, and his step-mother, Belle.

A joint memorial service honoring Lonnie and Donnell will be held in the spring or summer of 2021.

To order memorial trees or send flowers to the family in memory of Lonnie C. Jones Jr., please visit our flower store.