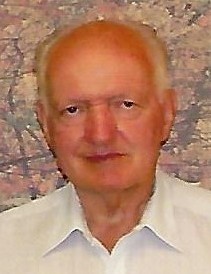 Lewis grew up working on the family farm in Hartville.  He then worked in construction for several years before becoming a general mason which he did for the rest of his working life.  He married Alma Weaver on November 9, 1954 in Hartville, and they moved to Northern Michigan where he continued to work as a mason in both Traverse City and Charlevoix.  They were always hospitable, and often would host people staying at their house.  Lewis was a devoted Christian and desired to serve the Lord.  He served as a deacon and pastor at Grace Fellowship Mennonite Church in Charlevoix.  He enjoyed gardening, beekeeping, woodworking, and growing fruit trees on their property.

In lieu of flowers, memorial donations may be made to the Grace Fellowship Mennonite Church, 11675 Boyne City Rd., Charlevoix, MI 49720.

To order memorial trees or send flowers to the family in memory of Lewis Schlabach, please visit our flower store.