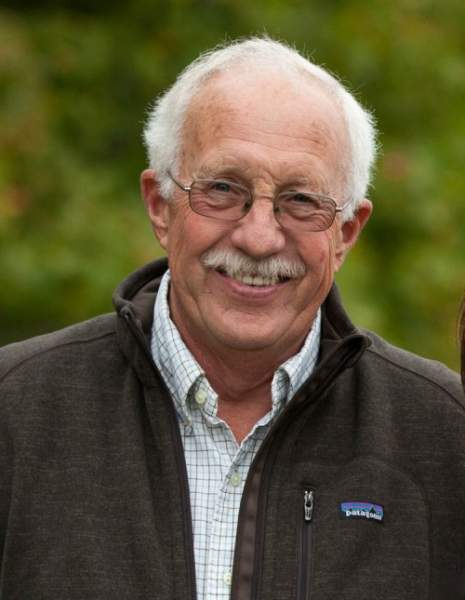 Lester John Essenberg, 73, went to be with his Lord and Savior, on Saturday, April 18th, 2020 surrounded by his loving family.  Les was an amazing husband, father, sibling, friend, and grandfather.  He was born October 6, 1946 in Charlevoix, Michigan to John and Edna (Boss) Essenberg.  Les grew up in Atwood, the son of entrepreneurs, and spent much of his young life working on the farm. This led to his impeccable work ethic, humble disposition, loving and caring personality, and his jack of all trades skills.

Les met Cheryl, the love of his life on a blind date. They were married in 1972 and began their life in Central Lake, and then they moved to Ellsworth, where they’ve resided for the past 40 years.  They were blessed with three beautiful daughters.

The oldest of 7 children, he was a protective big brother.  They all loved music and often sang at special events while their mother played the piano.   He learned his lifelong love for the Lord at a young age and carried that love throughout his life.  Life on the farm was full of adventures. From Christmas Trees to grain to cherries to dairy he learned discipline and detail that he would carry into the rest of his life.  Les graduated from Ellsworth High School in 1964.  After graduating, he attended a drafting school in Detroit, always drawing pictures of semi-trucks, but knew he’d rather drive them than draw them. Les loved things with motors and would often race dirt bikes and snowmobiles in his younger years. Tractors, trucks, heavy equipment, boats, and muscle cars would catch his eye throughout his life.  Les drove his Dad’s semi when his health declined.  As a loyal employee, he worked for JC Smith, DeForest & Bloom, Howes & Howes, Alpine Oil Company, with the last 30 years at MDC Contracting of Charlevoix. Les drove truck #1 for a reason because he was the best.  After his parents passed away, he and his brother Mark not only worked their full-time jobs, but took on the responsibilities of the fruit orchard, including cherries, peaches and apples.

Les loved with all his heart.  He put everyone’s needs in front of his own.  He was a protector to the very end and was devoted to his family.  He cherished every moment he could spend with his family and friends.  He will be greatly missed.

A memorial service to celebrate Les’s life will be Saturday, July 25th at 11 a.m. at the Eastport Baptist Church.  In consideration of others, masks are required per the family's request. Interment took place in Atwood Cemetery, Banks Township.

A special thank you to Emma and the entire staff at Spectrum Health Hospice.

Arrangements have been handled by the Ellsworth Chapel of Mortensen Funeral Homes.. Please sign his online guestbook www.mortensenfuneralhomes.com.

In lieu of flowers memorial contributions can be given to Spectrum Health Hospice, 750 Fuller Ave. NE, Grand Rapids, MI 49503

To order memorial trees or send flowers to the family in memory of Lester Essenberg, please visit our flower store.