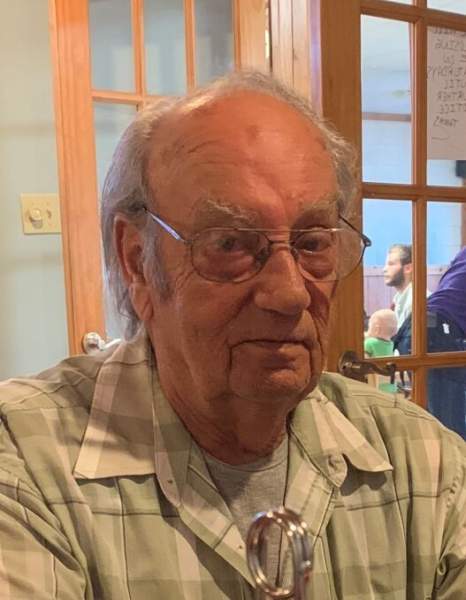 Leonard worked at many local businesses throughout the years.  He could be seen driving the tow truck, ‘Old Red’, for Bob’s Service (which is now Tim’s Tire).  He also worked at Steel Tank, and as a caretaker for both the KOA campground on M-88 and Lakes of the North Campground for many years.

When he wasn’t at work, he worked some more at home.  Leonard was always fixing small engines in his shop for neighbors and other folks around town, mowing people’s lawns, and plowing snow for them as well.  He also enjoyed camping and listening to bluegrass music.  He will be remembered for his big heart and his unwavering patience.

He was preceded in death by his parents; an infant son, Jeffrey Scott Justice; two sisters, Omie Roguska and Barbara Heim; two brothers, Willard Justice and Theodore Justice; and his first wife & mother of his children, Lorraina (Orman) Justice.

Leonard’s family has chosen to celebrate his life privately.

In lieu of flowers, memorial contributions may be made to St. Jude Children’s Research Hospital, 501 St. Jude Place, Memphis, TN 38105.

To order memorial trees or send flowers to the family in memory of Leonard Justice, please visit our flower store.